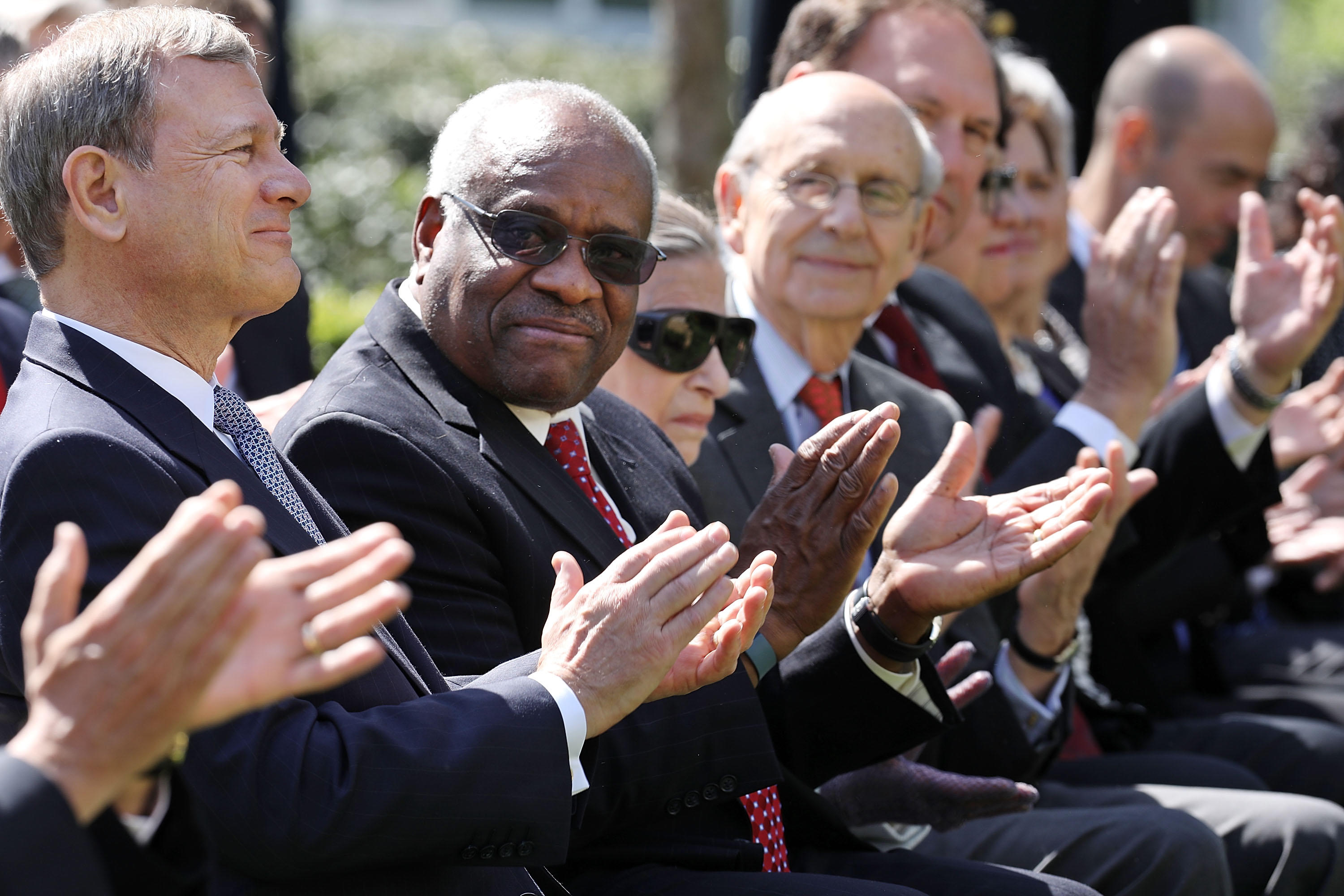 While the spotlight is on the two former clerks to Justice Anthony Kennedy whom President Donald Trump has nominated to the Supreme Court, the influence of the court's most conservative justice, Clarence Thomas, is felt more widely throughout the Trump administration.

Twenty-two Thomas clerks, roughly 20 percent of the people who have snagged coveted jobs in his Supreme Court office since 1991, either hold political appointments in the Trump administration or have been nominated to judgeships by Trump.

They include four federal appellate judges, the top federal prosecutor in Kansas, high-ranking officials in the Justice and Transportation departments, an associate White House counsel and the head of the White House office that is leading the effort to roll back federal regulations.

It is not uncommon for former high court clerks, the elite of the legal world, to hold prominent jobs in any administration or to be judges, including on the Supreme Court. Four justices once worked at the court as clerks, and if confirmed, Judge Brett Kavanaugh would make a fifth. He and Justice Neil Gorsuch worked for Kennedy at the same time in 1993 and 1994.

Among the conservative justices, Samuel Alito and the late Antonin Scalia each have about a dozen clerks who hold administration jobs or were nominated to judgeships by Trump.

But the sheer number of Thomas clerks in the administration does appear to be unusual. The 70-year-old justice's opinions in favor of gun rights and in other areas generally align with Trump's views and administration policies.

Thomas' outlook on the law is just one factor in the proliferation of his former law clerks with ties to the administration, said Stephen McAllister, the Trump-nominated U.S. attorney in Kansas.

"Part of it is just his own model. He spent almost his entire legal career in government service, state or federal. He values that," McAllister said.

More than most of his colleagues, Thomas tends to focus on hires who share his legal views, said Pamela Karlan, a Stanford Law School professor who served in the Obama Justice Department.

"Justice Thomas has been pretty outspoken about only wanting to hire folks in the conservative legal movement," Karlan said.

Nearly 20 years ago at an event in Dallas, Thomas described his philosophy behind hiring this way: "I'm not going to hire clerks who have profound disagreements with me. Someone said that it's like trying to train a pig. It wastes your time, and it aggravates the pig," he said .

Trump's choice of Neomi Rao as administrator of the Office of Information and Regulatory Affairs is illustrative of how former Thomas clerks also are shaping administration policy. Rao was a well-regarded critic of Obama-era regulations who had founded the Center for the Study of the Administrative State at George Mason University in Virginia with backing from the Koch brothers.

In her White House post, Rao has overseen the move to eliminate hundreds of regulations, to the consternation of watchdog groups and the cheers of a wide range of industry groups.

Having former clerks involved in the White House hiring process also has helped, McAllister said. "You had Justice Thomas clerks on the inside, actively recruiting," he said.

One of those was Gregory Katsas, among Thomas' first Supreme Court clerks in 1991. Katsas, 53, was deputy White House counsel until he became a judge on the same federal appeals court in Washington where Thomas served before he was a justice.

Some of those clerks are now recycling Thomas' words in their work. Ho, who became a judge in January, cited several of his former boss' complaints that gun rights enshrined in the Second Amendment don't have the same status as other constitutional rights. "Yet the Second Amendment continues to be treated as a 'second-class' right — as at least three Justices have noted in recent years," Ho wrote in his own dissent from his court's decision not to give a new hearing to a challenge to a federal ban on interstate gun sales. The other two justices Ho referred to are Gorsuch and Scalia, who joined different Thomas opinions.

Eid and Stras already are on Trump's list of potential Supreme Court nominees, from which he selected Gorsuch and Kavanaugh.

McAllister said he wouldn't be surprised if the others are added to the list at some point. "Depending on how long this president is in office, Thomas clerks on the appellate bench would probably get a hard look for the Supreme Court," he said.