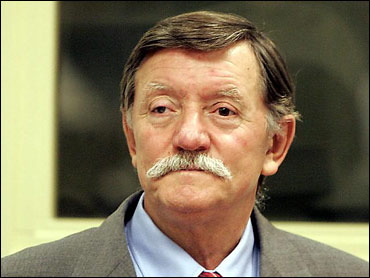 A former Bosnian Serb general was convicted Wednesday of orchestrating months of deadly shelling and sniping during the notorious siege of Sarajevo in 1994 and 1995 and was sentenced to 33 years.

The siege by troops under Gen. Dragomir Milosevic killed thousands of Sarajevo civilians as young as 2 and as old as 80 with a lethal hail of snipers' bullets and mortar shells, prosecutors told the Yugoslav war crimes tribunal.

"There was no safe place in Sarajevo," said Presiding Judge Patrick Robinson, reading from the judgment. "One could be killed and injured anywhere and any time."

Dragomir Milosevic is no relation to the former Yugoslav President Slobodan Milosevic, who died in 2006 before his genocide trial could be completed.