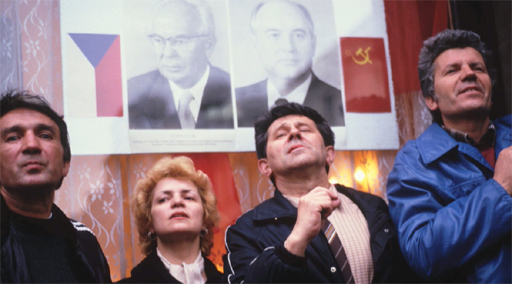 What a day for George Foreman.

He wasn't selling anything - except maybe his smile. And he wasn't the dope at the end of Muhammad Ali's rope.

It felt so good.

"It's wonderful. Finally, I'm not the Grillman," Foreman said Sunday, as he indulged in a triumphant gesture showing off the ring signifying his induction into the International Boxing Hall of Fame. "I'm a boxing Hall of Famer, and I love it."

Foreman, who ruled the ring in reigns separated by two decades and became the oldest heavyweight champion in history during an improbable comeback a decade ago, led this year's induction class.

Fifteen other boxers, officials and ring personalities also were enshrined, including: Mike McCallum of Jamaica, a champion in three divisions; Nicolino Locche, a world lightweight champion from Argentina with a reputation as one of the finest defensive boxers in history; welterweight champion Curtis Cokes, one of Foreman's idols; Oscar-winning writer Budd Schulberg; and journalist Jack Fiske.

Foreman grew up in Marshall, Texas, and was a self-proclaimed mugger and street brawler by age 15. He found the sport that would make him famous after joining the Job Corps, where a counselor and boxing coach redirected his life.

Foreman won the National AAU heavyweight championship in 1968, then Olympic gold at the Summer Games in Mexico City in just his 25th amateur bout.

With ex-heavyweight champ Sonny Liston as his sparring partner, Foreman turned pro in 1969 and ripped through opponents, winning his first 37 fights, 34 by knockout.

On Jan. 22, 1973, the hard-punching Foreman claimed the heavyweight crown by dropping champion Joe Frazier to the canvas six times in two rounds before knocking him out in Jamaica.

After successfully defending his title twice, Foreman met Ali in the "Rumble in the Jungle" in Zaire, on Oct. 30, 1974. Ali KO'd the seemingly invincible Foreman in the eighth round, using his famed tactic to tire Foreman and pull off one of boxing's greatest upsets.

"You know about the rope a dope?" Foreman asked. "I'm the dope."

Foreman continued boxing until March 17, 1977, when he dropped a 12-round decision to Jimmy Young. In the locker room after the fight, Foreman said he underwent a religious experience that took him from the ring to the pulpit. He continues to preach at his Church of the Lord Jesus Christ.

After a 10-year absence, Foreman astounded the boxing world by returning to the ring despite being overweight, out of shape and long past his prime. He recalled the moment to boisterous laughter from the hundreds of fans looking on.

"I got back into boxing, and it was rough going," Foreman said. "People were making jokes, 'How is George Foreman ever going to become the prodigal son of boxing if he still looks like the fatted calf? He can't be heavyweight champ of the world as long as his training camp is Baskin Robbins.'

Foreman retired for good in 1997 with a record of 76-5 with 68 KOs and has made far more money outside the ring than he did in it by pitching his fat-cutting grill across the country.

And he didn't let the moment pass without poking a little fun at that.

"Michael Moorer was fighting me and I was fighting him," Foreman said. "About the ninth round, he started asking in his own way, 'Is that all you got George?' And I remember thinking, 'No, I've got the George Foreman Lean Mean Grilling Machine."'

The 89-year-old Schulberg, Sports Illustrated's first boxing editor, made a plea for the sport's hierarchy to provide pensions and medical coverage to retired fighters.

That pitch could hardly have come as a surprise to anyone who knows Schulberg, whose many works include "The Harder They Fall," the 1947 novel about the exploitation of boxers which was made into Humphrey Bogart's last movie, with the same title, in 1956.

The sport was also a theme in Schulberg's 1954 Oscar-winner "On the Waterfront," in which Marlon Brando struggles with corrupt union bosses and matters of principle but dreams of being a boxing champion, uttering the famous line "I coulda been a contendah!"

Despite having collected a lengthy list of accolades in his career, Schulberg couldn't help marveling at having won one of the highest honors in boxing.

In the most poignant moment of the afternoon, trainer Lou Duva paid tribute to his son, Dan, who was inducted posthumously. Dan Duva, a promoter, died of cancer in 1996 at age 44.

"Sometimes, somewhere, somehow, someone will rise and make us all proud," said Duva, who was inducted five years ago. "How proud I am of my son Danny. This is a father-son first, and you can't get any better than that."