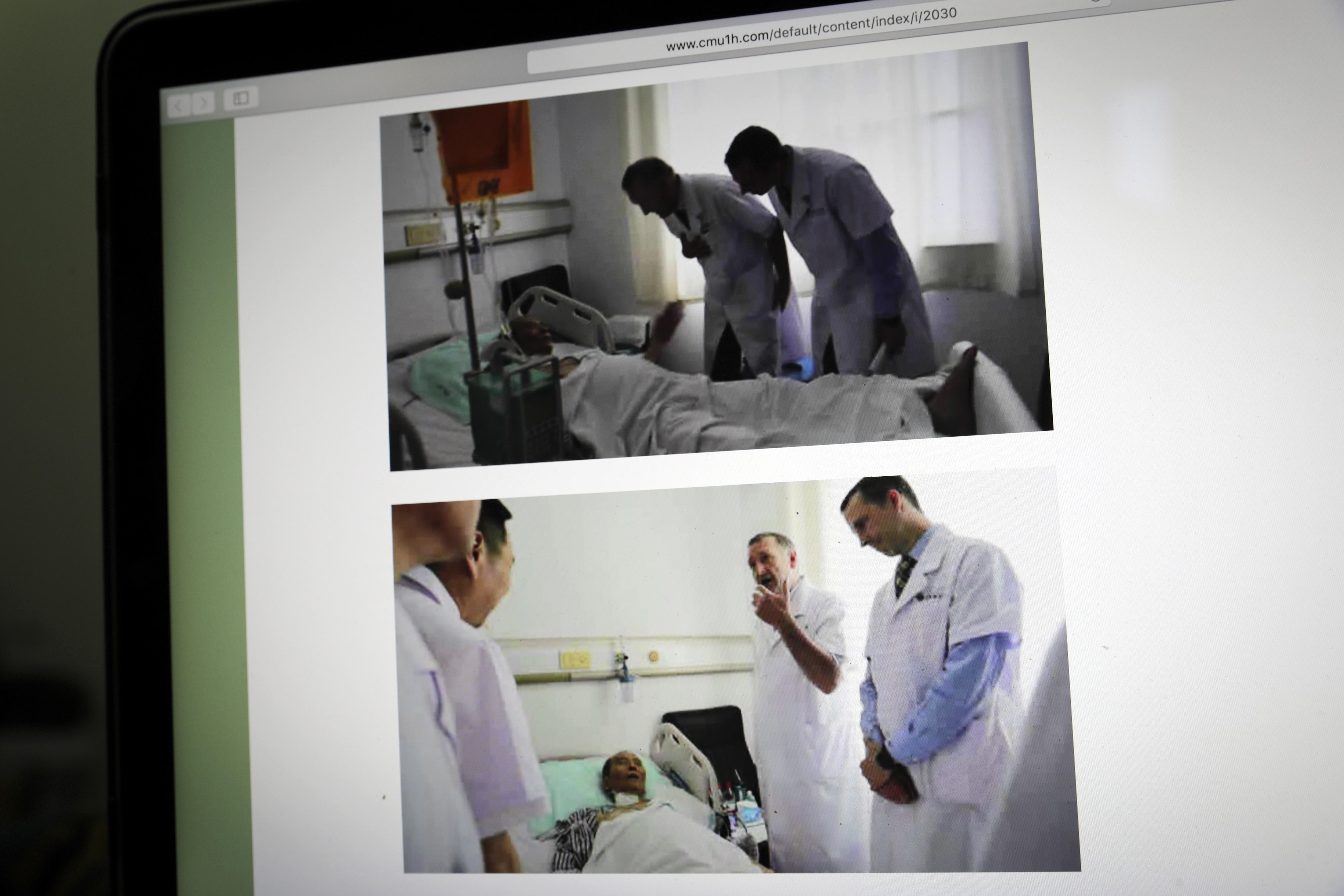 The American and German doctors, who saw Liu on Saturday, issued a joint statement saying that their home institutions -- the University of Heidelberg and the MD Anderson Cancer Center in Texas -- have agreed to accept Liu, but that any evacuation would have to take place "as quickly as possible."

Liu was diagnosed in May with late-stage liver cancer while serving an 11-year sentence for inciting subversion by advocating sweeping political reforms that would end China's one-party rule. He was awarded the Nobel Peace Prize in 2010, the year after he was convicted and jailed by a Chinese court.

The differing opinions about the feasibility of Liu traveling could further complicate the tug-of-war over the 61-year-old activist. For weeks, family and supporters have asked for Liu to be fully released and allowed to receive treatment abroad, arguing that authorities are keeping him in China only out of political considerations.

Meanwhile, the Chinese government has maintained that Liu is receiving the best treatment possible at the First Hospital of China Medical University in the northern city of Shenyang. Chinese state media have labeled Liu a convicted criminal, and the government has warned other countries to stay out of China's internal affairs.

Buchler and Herman said in their statement Sunday that they "acknowledged" the quality of care Liu has received in Shenyang. But they said that Liu expressed a desire to leave China, and that they judged that he "can be safely transported with appropriate medical evacuation care and support."

Hours after the foreign doctors announced their opinion, Jared Genser, a Washington-based lawyer who represents Liu internationally, said that any decision by Chinese authorities to still keep Liu would amount to "intentionally hastening his death" and "refusing to honor the wishes of a dying man to receive the treatment he desires."

"The moment that Liu Xiaobo and (wife) Liu Xia were to be allowed by the Chinese government to travel, we have a medevac ready to take them abroad," Genser said in an email.

Already criticized for letting an imprisoned Nobel laureate fall terminally ill on its watch, the Chinese government faces a public relations disaster whether Liu stays in the country or goes abroad.

Hu Jia, a Chinese dissident and family friend, said that Beijing is afraid of letting its most potent opposition symbol go abroad as long as he is able to speak to the media.

"As long as he can still talk, the global media will report and transmit his message to the world," Hu said. "Every sound he utters will be recorded as a force for changing China."

Shang Baojun, a former lawyer for Liu who remains close to the family, told The Associated Press on Saturday that Liu was coherent enough during the visit with the foreign doctors to say that he wanted to go abroad for treatment, preferably to Germany, although the U.S. would also be fine. At times, Liu was lucid enough to communicate in English, Shang said.

The hospital itself released a brief online statement late Saturday that quoted an unnamed Chinese expert as saying it would be unsafe for Liu to travel abroad. The hospital has previously said that Liu's liver function is deteriorating, and that blood clots are forming in his left leg and could potentially travel to the brain or the lungs, leading to death.

The U.S. urged China to allow Liu to travel.

"We continue to call on the Chinese authorities to grant Mr. Liu full parole and to release his wife, Liu Xia, from house arrest, and to allow them to travel to seek specialized care that would ease his suffering in his final days," said Mary Beth Polley, the spokeswoman for the U.S. Embassy in Beijing.

Hu agreed that Liu was almost certain to die soon regardless of where he was.

"Letting him fly away from his hell would be a massive psychological boost, stronger than any medicine you can give him," Hu said. "It will improve his final days, so he will die with dignity -- and in the free world."