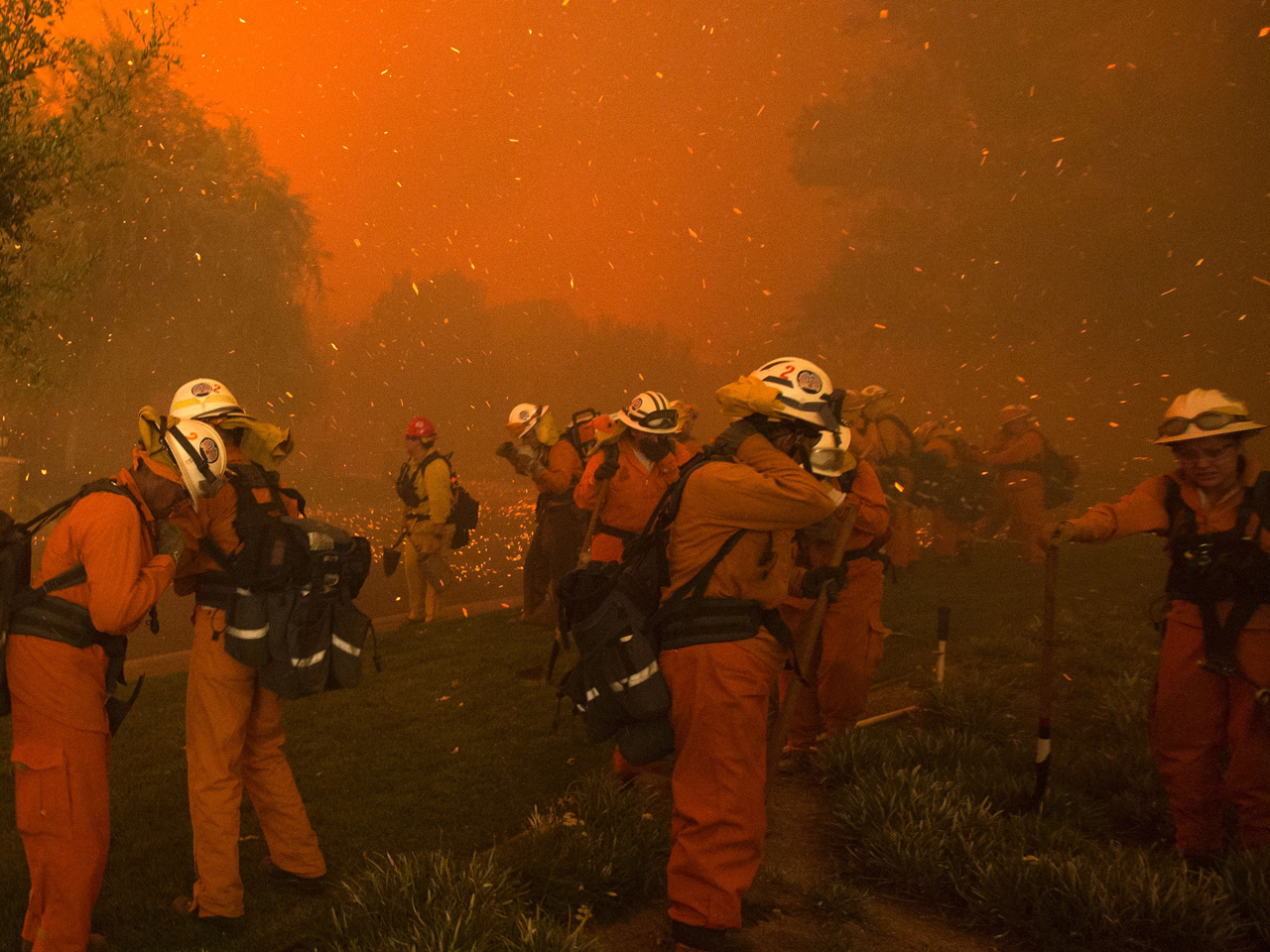 CALIFORNIA -- Forecasters say the threat of significant wildfires will expand into parts of Oregon, Montana and Wyoming this month, while a broad swath of the South and the East Coast will see increased danger later in the year.

The National Interagency Fire Center's monthly outlook , released Monday, says the the potential for big fires will remain above normal during August in parts of California, Idaho, Nevada and Utah because of dry grass and bushes.

By September, the fire threat is expected to swing back toward normal over much of the West but increase in the South.

By October and November, the potential for significant wildfires is expected to be above normal in an arc of states from Texas to New Jersey.

Meanwhile, officials say two specially equipped military cargo planes have been made available to drop fire retardant on blazes burning across the West.

The National Interagency Fire Center in Boise, Idaho, said Tuesday that the C-130s are expected to be ready for firefighting missions on Wednesday.

Each can drop 3,000 gallons of fire retardant in as little as five seconds.

The C-130s can be mobilized when the civilian tanker fleet is stretched thin.

Initially, they'll be based in Boise, home of the center that coordinates wildfire-fighting efforts nationwide.

Officials are reporting 60 percent containment of an 8-square-mile wildfire sparked by lightning on a mountain in northwest Nevada.

There have been no injuries and no structures are immediately threatened by the fire in the Poodle Mountain area, about 100 miles north of Reno.

Winds are forecast later in the day.

They were aided by air tankers and helicopters.

In eastern Nevada, officials are reporting 80 percent containment of a 1.3-square-mile wildfire on public rangeland about 95 miles northeast of Las Vegas.

Firefighters were bracing for strong winds and authorities have ordered more evacuations during a fire in western Montana that destroyed 14 homes and may have contributed to a death.

The fire started Sunday and has burned 5.7 square miles in Bitterroot National Forest.

Residents were allowed back into the burned area Monday evening, but the area was closed again Tuesday and the evacuation zone expanded because high winds and low humidity were forecast.

Ravalli County Sheriff Chris Hoffman says his undersheriff toured the burned area and said it looked like a moonscape.

Fire information officer Mike Cook says the 200 firefighters working the blaze were trying to hold onto gains made Monday and protect homes.

The blaze that broke out July 22 has destroyed 57 homes and is threatening 2,000 additional structures. It was less than 18 percent contained Tuesday.

A fire official says the deadly wildfire was started by an illegal camp fire.

McClain says officials are still trying to determine who started the campfire and are asking for information from campers who were in the area before the massive blaze spread.

A bulldozer operator working the fire lines was killed last week in a rollover accident in steep, forested ridges.

Firefighters on Monday got help from a spike in humidity and lower temperatures, and they are hopeful for more of the same Tuesday.

Officials say more than 5,400 firefighters from across California are fighting the fire in steep terrain that is considered some of the most extreme in the United States.

Some say the helicopters and planes flying high above the Goose Fire near Prather are like guardian angels, protecting people and homes from destruction, CBS affiliate KGPE reported.

"It's unsettling, you worry about your neighbors," said Shane Mascherina, who lives close to the where the fire was burning Monday.

Mascherina has been watching the fire move.

"It came over last night, and dropped down a lot closer than I thought it would," he said.

Monday, crews from around California moved in close, too, KGPE reported.

"Paying attention to the heat, acknowledging that there's very steep country out there," Cal Fire's Johnny Miller said. "And that we need to pay close attention to any additional dangers, such as rocks, falling rocks."