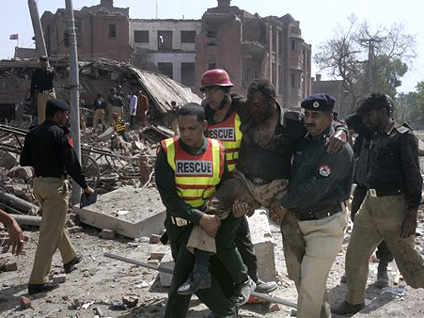 Cookbook author Bruce Weinstein shows us how to make a delicious meal from his new book, "The Ultimate Shrimp Book." The Saturday Early Show gave him $30 for his menu:

When people cook shrimp, he says, the biggest mistake they make is cooking them too long. Most people overcook them, and the shrimp tastes like rubber. Shrimp should only take two to three minutes to cook.

According to Weinstein, shrimp is the world's most popular fresh seafood, and only canned tuna tops shrimp in popularity. The chef says that, whil it is trye that shrimp is high in cholesterol, it actually contributes to better ratios between LDL ("bad" cholesterol) and HDL ("good" cholesterol). He also says that shrimp lowers triglycerides in the blood.

"The Ultimate Shrimp Book" is part of an ongoing series that includes "The Ultimate Ice Cream Book," "The Ultimate Party Drink Book," and "The Ultimate Candy Book." He believes that shrimp fits right in because shrimp is fun food, party food -- quick, simple, and delicious. The book contains more than 650 recipes.

Weinstein has some great tips on how to buy the best shrimp. Just smell them! They should have little odor, just a hint of the sea, clean, and bright.

They should not smell like a bait shack. If they smell like ammonia or rotten eggs, it means the shrimp are old.

Shrimp should not smell like chlorine, either. Washing shrimp in chlorine to kill bacteria is legal, but not acceptable.

Shrimp should not smell like gasoline. It means the harvesting trawler was leaking fuel into its belly.

And shrimp should not appear dusty yellow, especially around its neck. It's an indication of excessive sodium bisulfate, and that means the meat will be rough.