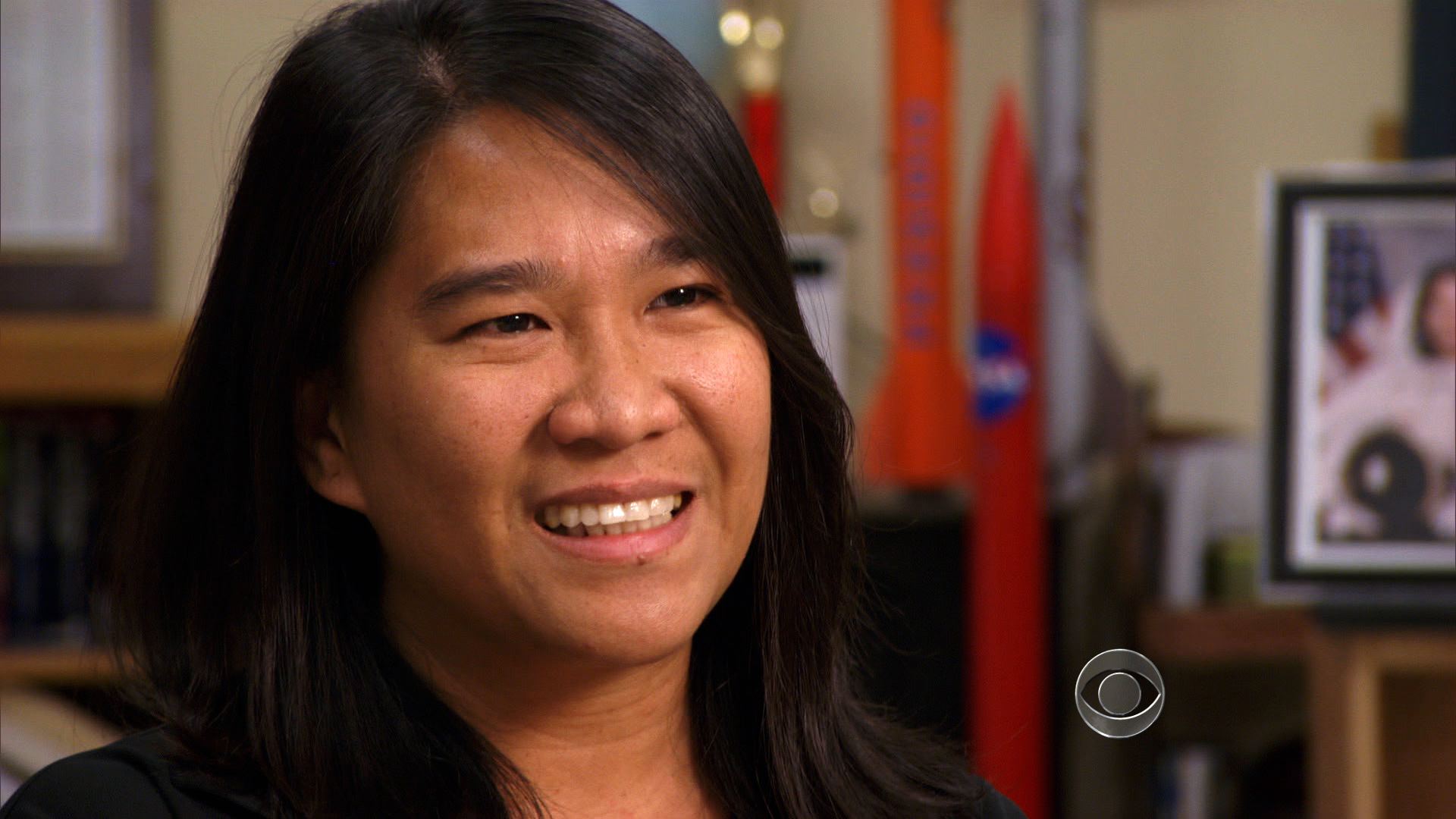 PRESIDIO, Texas - Where the Rio Grande and the Rio Conchos meet in west Texas is believed to be the oldest continuously-cultivated land in America. But the most precious crop you'll find there today is dreams.

CBS News correspondent Steve Hartman went "On the Road" -- and met a woman who cultivates them.

In the middle of the Texas desert, on the border with Mexico, there's a brief break in the cactus called Presidio.

If you're a kid looking to escape the poverty and isolation of Presidio, there's really no greater vehicle than the Presidio Rocket Club. In fact, even though it is in one of the poorest school districts in Texas, Presidio probably has more aspiring aeronautical engineers than any other town in America.

And what's even more amazing than their location is their inspiration -- a little firecracker of a science teacher named Shella Condino.

"I wanted to teach the kids: You want something so bad, you put your heart into it," she said.

"In rocketry, you don't have instructions on how to build it," said tenth-grader Marla Baltazar. "And that's how life is. It doesn't come with instructions, you have to make it on your own."

Shella knows all about that. Born dirt-poor in the Philippines, she came to the U.S. on a temporary work visa. She came to Presidio because no American teachers would. Now she really wants to stay, but to become a permanent resident, she has to prove to American immigration officials that she is a person of "exceptional ability."

Shella: "They are asking for more documents, more support, and I really do not know what else they would want from me."

Hartman: "You're the best aerospace teacher in America, what more could they want?"

Hartman: "It wasn't me saying that. You've got the award."

Indeed, Shella was recently honored as the Aerospace Teacher of the Year. It was no surprise to her students.

"She'll teach you things and you'll learn it like this," said seventh-grader Hector Montemayor, "as long as you pay attention, of course."

She's such a motivating force, her kids often get up before sunrise to learn and launch. That's is when conditions are best.

Their passion is so present you can probably see it from the moon. And it's making them stars.

Her kids are set to compete against some of the best schools in the country in the Team America Rocketry Challenge outside Washington, DC. The challenge this year is to make your rocket go as close to 800 feet as possible, then return to the Earth in between 43 and 47 seconds.

Oh, one other thing -- you've got to preserve two raw eggs inside.

Shella is overcome just thinking about a possible win in Washington.

"Oh my goodness - nobody even knows where we're at," she said. "And then you represent the United States -- that would be a big thing."

And as for her dream of becoming a permanent resident of these United States -- on that, the teacher would be wise to listen to her students.

"Never. Give. Up," Montemayor said. "You can do anything in this world, as long as you never give up."

In Presidio, the sky is just the beginning.