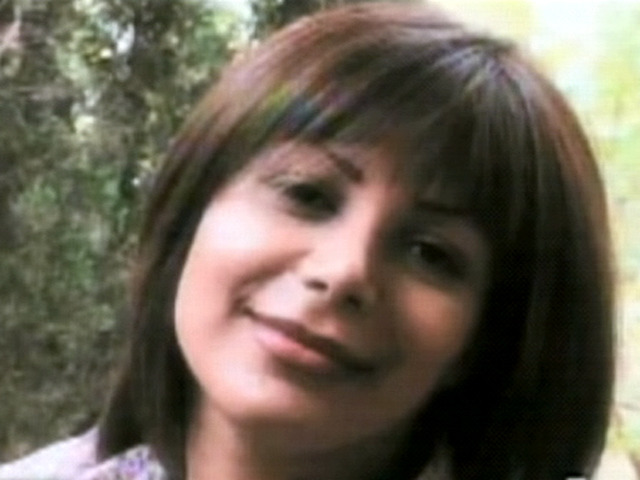 The documentary "For Neda" premiered on HBO2 TV on Sunday, but days earlier -- in fact, as of the middle of last week - it was freely available on YouTube.

It is at once the story of a murder and a victory for truth in a landscape of lies.

As the documentary's British director explained, "The Iranian security forces may be monitoring the Internet, and slowing online speeds to a crawl -- but they can't stop DVD's going viral."

Anthony Thomas hopes that computer-savvy reformers in Iran will download the documentary (in its Farsi version) for mass copying.

If, as the filmmakers hope, it spreads like wildfire, Iranians who have been left wondering what happened on June 20, 2009 will no longer be held hostage by the "official" version of the truth.

After she was shot during the protests a year ago, her beautiful, bloodied face became a global symbol of the Iranian opposition, the so-called Green movement.

For a while, it looked as if the millions of Iranians who took to the streets in the wake of the disputed presidential election would force political reform.

Instead, the Iranian government fought back.

Amnesty International estimates that 5,000 people associated with the Green movement have been arrested in the past 12 months.

After grotesque show trials, there were mass imprisonments, torture, and rapes of both men and women by Iranian security forces.

One thing the Iranian government has not been able to suppress, however, are the images of Neda's death. They expose the Iranian regime, which cloaks itself in religious piety, as corrupt and ruthless.

So the government has tried to distort the story.

At public meetings, religious events and on TV, regime representatives have given an array of alternative endings to Neda's life. They include: she was killed by the CIA and "Zionist spies"; she was actually shot by fellow protestors; her killing was staged on purpose by Green activists to make a propaganda video.

Most recently, Iranian state television coerced Neda's friends to appear in an "investigative" program to cast doubt on the identity of the man who shot her.

In fact, witnesses in the crowd that day all say he was a pro-government Basij militiaman.

"For Neda" sets the record straight. In it, Neda Agha Soltan's family tells her story, first-hand, their own way.

Courageously and openly, her mother, father, sister and brother describe Neda's life, her political views, and the role the authorities played before and after her death.

A violent crackdown may have driven Iran's Green movement off the streets for now, but the information war rages on.

To its credit, HBO has handed Iran's reformers a powerful new weapon.

More on the film, and post-Neda Iran: