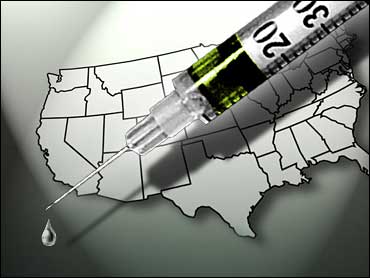 Public health officials say Americans should roll up their sleeves for a dose of reality: For most of us, getting a flu shot is not a life-or-death matter.

The flu vaccine will not necessarily prevent you from experiencing the flu's miserable symptoms, like fever, hacking cough, runny nose and "hit-by-a-truck" body aches. Studies show the shot generally works well, but its effectiveness can range from 52 to 90 percent depending on the strain of virus and a person's age.

If you are elderly or chronically ill, the vaccine can help jump-start your body's weakened defenses and perhaps prevent the worst from happening.

But the millions of people who are younger and healthier do not really need it — especially during a vaccine shortage, public health officials say.

"Right now the entire country runs on fear and we don't need to live like that," said Catharine A. Kopac, a Georgetown University gerontology researcher. "We somehow think we should be disease-free all the time. If you're leading a healthy life and you get sick with the flu, you're probably going to get through it."

For years, most people ignored the government's vaccination campaign, in part because of persistent myths that the shot hurts (not much; the needle is small) and it makes you sick (no, the conventional vaccine is made from dead virus).

As recently as last year, 4 million doses of vaccine went unused, even though an alarming early strain of influenza emerged and gained attention because several children died from it, particularly in Colorado.

Two-thirds of Americans age 65 and older were vaccinated in 2002. But only 28 percent of people with chronic illness and 30 percent of children 6 months to 23 months old got their shots. Health care workers were not much better at 38 percent.

Nevertheless, the sudden vaccine shortage this fall is igniting a "scarcity mentality" similar to runs on banks during stock market crashes and convenience stores when hurricanes brew offshore.

Millions who never bothered to get vaccinated before suddenly are hounding their doctors, workplace nurses and supermarket clinics. Americans are crossing borders and proffering their exposed arms; in Seattle, people are paying $105 to ride a high-speed ferry for a shot at the dock in Victoria, British Columbia.

What is behind this feverish behavior? Researchers say it is not so much the flu itself as a more generalized sense of feeling unprotected.

"Not being able to get the shot takes away your control over your health," said David Ropeik, director of risk communication at the Harvard School of Public Health. "That sense of being out of control is scary."

Many providers are rationing precious vials for their neediest patients. For the rest of us, their advice is more motherly: Wash your hands frequently, and if you do get sick, stay home and drink hot soup.

In the United States, the flu's average annual death toll is 36,000. Rarely do the victims die from the virus itself. Rather, it weakens their immune systems so that a bacterial infection — often pneumonia — delivers the fatal blow. In virulent years, pre-existing conditions like heart disease can raise the death toll. Hospitalizations have almost quadrupled over the past two decades, to 200,000 annually as physicians recognized the additional danger flu poses.

"This is our biggest nightmare come true," said Noreen Nicol, chief clinical officer at the National Jewish Medical and Research Center in Denver, which received only about half of the 2,000 doses of flu vaccine it ordered.

Still, infectious-disease experts say flu should no longer be a catastrophic illness among otherwise healthy people, at least not in the way it was in 1918 when it killed 40 million people worldwide.

For one thing, there are still about 61 million vials of vaccine in the U.S. pipeline. That is roughly equal to the nation's entire supply in 2000. With proper distribution, that is enough to protect the 42.8 million Americans who really need anti-viral protection, said University of Rochester infectious disease specialist John Treanor.

Also, this year's dominant strain appears to be similar to last year's. More than one-third of Americans were either vaccinated or exposed to it naturally, and some doctors believe there ought to be at least some carry-over immunity.

And unlike 1918, now there are at least four anti-viral medications that can relieve the flu's worst effects if taken within 48 hours of the onset of symptoms.