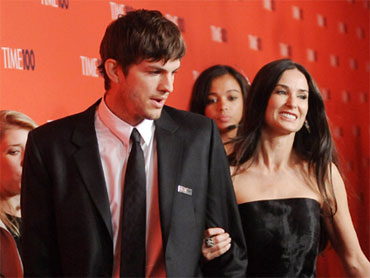 While studies have show marriage to extend life expectancy in both men and women, women who marry much younger men had better watch out - they're much more likely to die younger.

A new study shows that women who marry men seven to nine years younger than they are increase their mortality risk by 20 percent.

This is the opposite of the finding for men who marry much younger wives - their life expectancy increases.

The new study from the Max Planck Institute for Demographic Research in Rostock, Germany, changes assumptions about how marriage can extend life, owing in part to improved support systems spouses can provide for one another, and the supposed psychological benefit from having a younger spouse, who could become a caretaker should the older spouse become infirm.

Sven Drefahl's new study shows that the mortality risk of a husband who is seven to nine years older than his wife is reduced by 11 percent, compared to couples who are the same age, and if the man is younger than his spouse he dies earlier.

But Drefahl also found that for women, the greater the age difference with her husband, the lower her life expectancy, regardless of whether she is younger or older than her spouse.

Using data from almost two million Danish couples, Drefahl showed that for women the best choice is to marry a man of exactly the same age.

An older husband will shorten her life . . . and a younger one even more so.

Drefahl said that it was doubtful that women benefit either socially or psychologically from having a much younger husband.

"On average, men have fewer and lesser quality social contacts than those of women," said Drefahl, indicating that a woman's larger social network is enough.

But why the reduced life expectancy?

Drefahl suggests that women who marry much differently-aged spouses experience increased stresses and less social support, coming from the perception of having violated social norms.

Still, being married in general does raise life expectancy of both men and women above those who are unmarried. And generally, women's life expectancy worldwide is generally greater than men's by a few years.

Drefahl, of Stockholm University's Demography Unit, is a Ph.D. candidate at Rostock University.

His study is published in the May 12 issue of the journal Demography.

Age Gap to Spouse
A woman's life expectancy is shorter the greater the age difference from her husband, irrespective of whether she is younger or older than him. Women marrying a partner seven to nine years younger increase their mortality risk by 20 percent, compared to couples where both partners are the same age. However, the younger his wife, the longer a man lives - a man who is seven to nine years older than his wife has his mortality risk reduced by eleven percent. 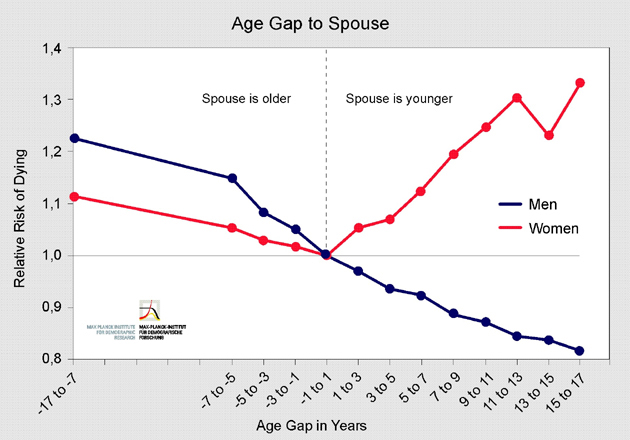