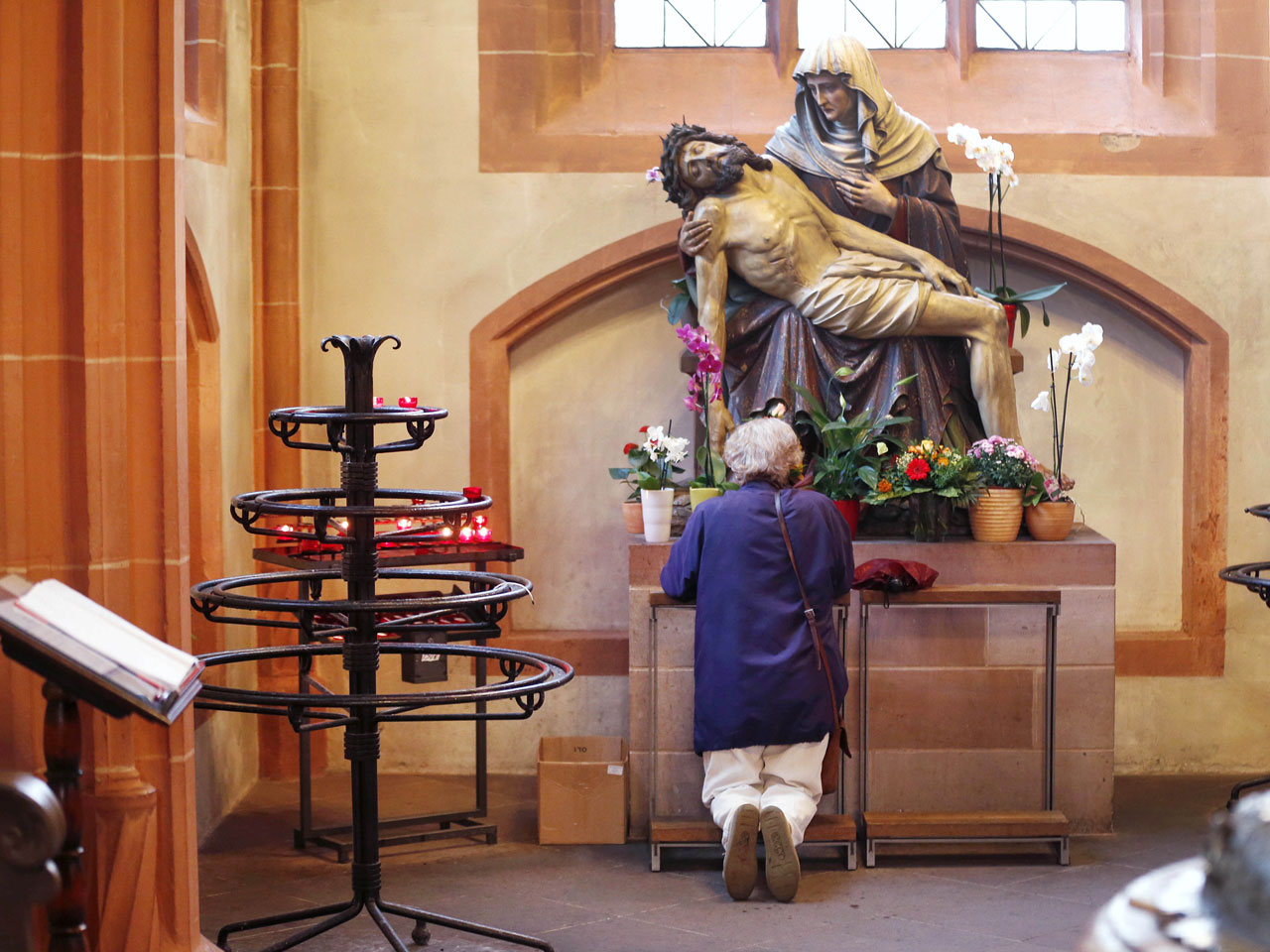 BERLIN The road to heaven is paved with more than good intentions for Germany's 24 million Catholics. If they don't pay their religious taxes, they will be denied sacraments, including weddings, baptisms and funerals.

A decree issued last week by the country's bishops cast a spotlight on the longstanding practice in Germany and a handful of other European countries in which governments tax registered believers and then hand over the money to the religious institutions.

In Germany, Catholics, Protestants and Jews pay a surcharge of up to nine percent on their income tax bills - or about $72 a month for a single person earning a pre-tax monthly salary of about $4,500.

For religious institutions, struggling to maintain their congregations in a secular society where the Protestant Reformation began 500 years ago, the tax revenues are vital.

The Catholic Church in Germany receives about $6.5 billion annually from the surcharge. For Protestants, the total is just above $5.2 billion. Donations, in turn, represent a far smaller share of the churches' income than in the United States.

With rising prices and economic uncertainty, however, more and more Catholics and Protestants are opting to save their money and declare to tax authorities they are no longer church members, even if they still consider themselves believers.

"I quit the church already in 2007," Manfred Gonschor, a Munich-based IT-consultant, said. "It was when I got a bonus payment and realized that I could have paid myself a nice holiday alone on the amount of church tax that I was paying on it."

Gonschor added he was also "really fed up with the institution and its failures."

Such defections have hit the Catholic Church especially hard - it has lost about 181,000 tax-paying members in 2010 and 126,000 a year later, according to official figures. Protestants, who number about 24 million nationwide, lost 145,000 registered members in Germany in 2010, the most recent year from which figures are available.

But the figures include some people who still want to baptize their children, take communion on major religious holidays, marry in a religious ceremony and receive Christian burials.

The group We are Church, which claims to represent tens of thousands of grassroots Catholics, said many Germans stop paying the tax because they disagree with the church's policies or simply want to save money - not because they have lost their faith.

"I haven't quit because I still think that I might want to get married in a church one day, even though I know that's absurd," said Anna Ainsley, a 31-old-year banker and a Protestant from Frankfurt. "But when I see my tax declaration, then I think every year that I should finally quit."

Those are the people that Germany's Catholic bishops had in mind when they decreed on Sept. 20 that stopping the payment of religious taxes was "a serious lapse" and those who did so would then be excluded from a range of church activities.

"This decree makes clear that one cannot partly leave the Church," the bishops said in a statement. "It is not possible to separate the spiritual community of the Church from the institutional Church."

Wavering Catholics will now be sent letters reminding them of the consequences of avoiding the church tax, including losing access to all sacraments.

"Maybe you haven't considered the consequences of your decision and would like to reverse this step," a draft of the letter states.

Protestants have taken a less stern position, saying non-taxpayers are still welcome to attend services and take communion. But becoming a godparent, getting married in a church or taking a job in church-affiliated institutions such as hospitals or kindergartens are off-limits to those who stop paying their taxes.

Switzerland and Austria also tax Catholic and Protestant church members. In Denmark, the State Lutheran church collects a tax from its members. Members of Sweden's Lutheran Church pay around 1 percent of their income, collected by the national tax authorities, just as in Finland.

In Italy, tax-payers have the choice of diverting a small part of their income taxes to religious institutions, including the Catholic Church and the country's Jewish community, but the contribution is voluntary.

In none of those countries have the churches taken such a firm stand against dropouts.

So far German courts have stood by the bishops' decision. This week the country's top administrative court threw out a lawsuit against the archdiocese of Freiburg by retired theologian Hartmut Zapp, who has spent years fighting the Catholic Church over the tax.

Zapp argued that a Catholic should be free to stop paying but remain a member of the spiritual community and that his religious beliefs could not possibly be tied to a tax payment.

The archdiocese responded in a statement that "those who lack solidarity bid farewell to the community of believers."

The tax issue presents moral and ethical dilemmas to millions of German believers, even dividing couples.

Sonja Trott, a 34-year-old teacher from Munich, said she quit the Catholic Church 15 years ago because she no longer believed in its teachings.

"Now I'd like to convince my husband that he also should quit, that would save us a lot of money," she said.

But her husband, Christoph, a sales executive, says he cannot imagine refusing to pay on moral grounds because it would seem like a betrayal of his faith. "I don't like paying it, but I do because I fear the step of quitting the church."

He would prefer to donate part of the money to charities "but well, in Germany the payment determines whether I'm allowed to consider myself a Catholic or not."

For other Germans, it's unethical to stop paying the tax but continue to use the church when it suits them.

Christine Solf, a Munich-based consultant, says she doesn't attend services regularly but appreciates the church's charitable work. For her, church membership is also a family tradition.

"I know people who quit for financial reasons but then still want their children to be baptized. That's not OK in my opinion," she said.