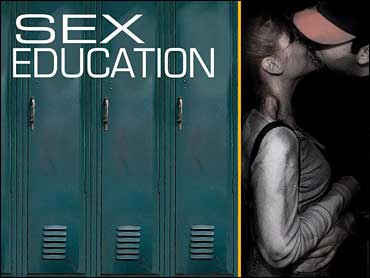 Teenagers can get sex education as well as laughs by watching TV series such as "Friends," a new study found.

Watching or discussing a show with an adult reinforces or clarifies the lessons carried by television, according to the study released Monday by Santa Monica-based Rand Corp., a nonprofit research group.

"We've always known that teenagers get useful information about sex from factual reporting and advice-oriented media, but now we know they can get this information from entertainment television programs as well," said Rebecca Collins, lead author of the report.

Researchers interviewed about 500 teenagers shortly after an episode of the hit NBC series that included a pregnancy caused by condom failure. The show aired in October 2001.

Ross expresses surprise, noting that he'd used a condom. Twice during the episode, characters say that condoms are "only 97 percent effective."

The episode was watched by 1.67 million 12- to 17-year-olds, the study said, citing Nielsen Media Research information.

Most of the teenagers surveyed remembered that the episode mentioned condom effectiveness. But teenagers who watched with an adult or talked about the episode with one were about twice as likely to remember the information correctly, the study found.

Viewers recalled the lessons six months later, according to the study in the November edition of the journal Pediatrics.

The research was part of Rand's Television and Adolescent Sexuality study to examine the role TV plays in teenagers' development of sexual attitudes and behavior.

Among those who recalled watching the episode, 65 percent remembered that it involved a pregnancy caused by condom failure.

Of those who discussed the episode with an adult, almost half remembered condoms being described as more than 95 percent effective — nearly twice as many as among teenagers who did not discuss the show with an adult, the study found.

"When parents and kids watch television together, a program may present an opportunity to discuss issues the children might not raise on their own," Collins said.