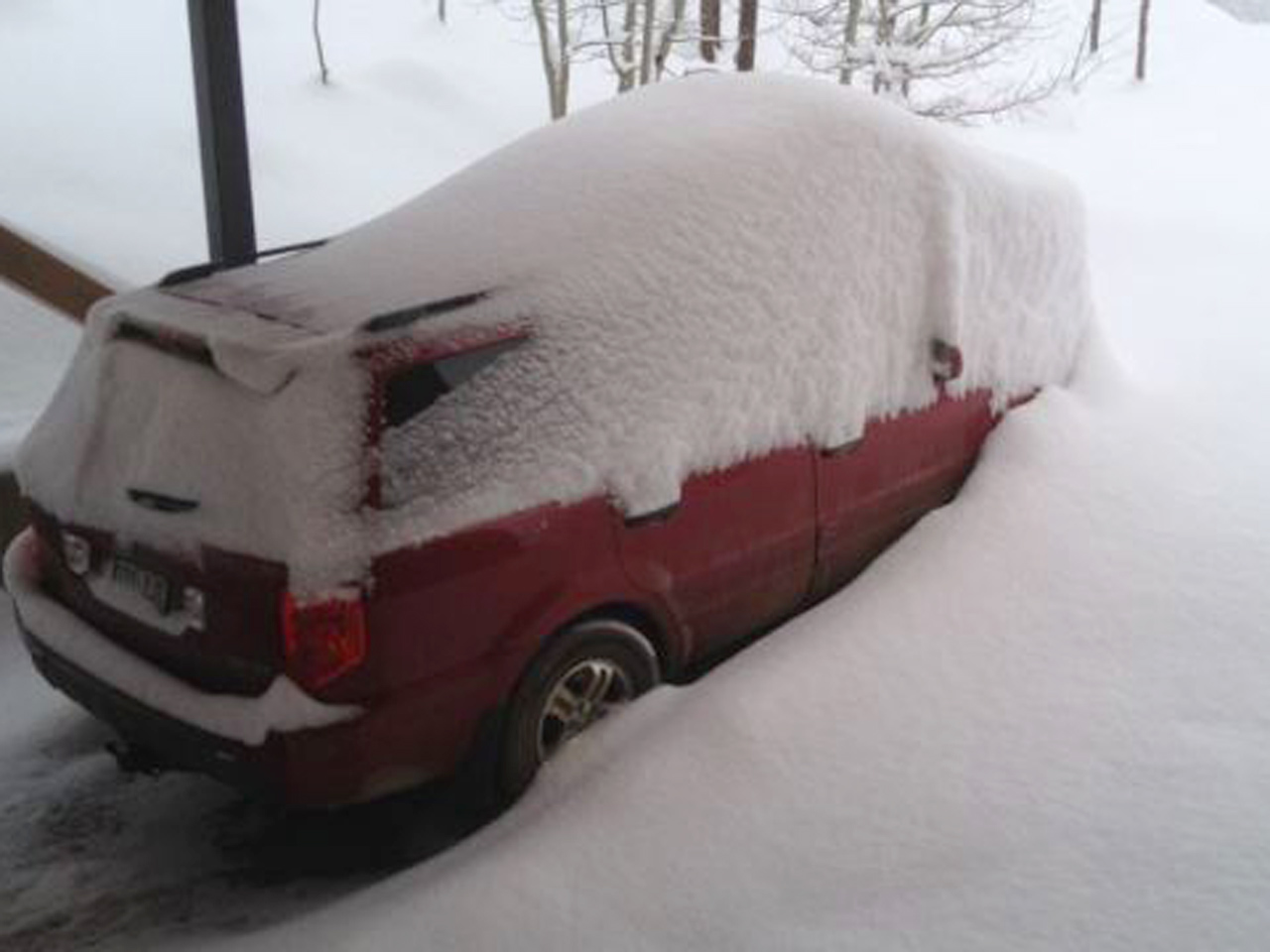 DENVER- Heavy snow from a slow andpotent spring storm buried the foothills near Denver with anywhere from 30 to 50 inches of snow over the weekend and it was still falling at a moderate rate as of mid-morning on Sunday.

The snow was caused by a large area of low pressure in the upper atmosphere that was sitting and spinning over the central Rockies, drawing moisture from as far away as the Gulf of Mexico, reports CBS Denver.

The spring snow, packed full of moisture, was weighing down trees and power lines. Some power outages have been reported.

The storm brought an entire month's worth of water to the region in just two days.

In the Denver metro area, totals were lighter, but still significant. The southern suburbs reported a widespread 1-2 feet of snow with lighter amounts to the north and east of the city.

As of 6 a.m. on April 17 Denver's official weather station had measured 12.1 inches of snow.