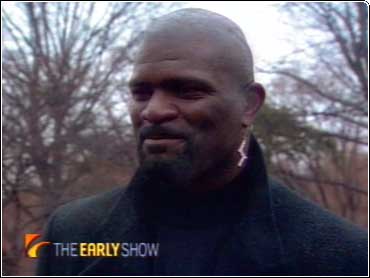 It was a merry Christmas for Al Pacino, Cameron Diaz and Matt Damon. Any Given Sunday, starring Pacino and Diaz, opened at the No. 1 spot for the weekend, closely followed by The Talented Mr. Ripley, featuring Damon.

The Early Show Contributor Gail O'Neill reports on which superstars made the top of the charts as the Christmas weekend kicked off the busiest week of the year at the box office.

The following are some of the movies that made the top of the charts:

Any Given Sunday has been called one of the most realistic football movies ever made. Part of the credit can be given to NFL Hall of Famer Lawrence Taylor, who is making his big screen debut.

"I was very fortunate to work with some good people and be around Oliver Stone, who is considered one of the best in the business," said Taylor, adding that Stone allowed him and other players to provide their insight of the game to infuse the film with a realistic view.

When it came to acting, though, it was Taylor taking the direction.

"He would want me to do a scene and would go off and do something, and I'm looking at him lke, what are you talking about," recalled Taylor.

"I got impressed with myself after working with him. He brings things out of you that you don't know are inside of you," he added.

And Jamie Foxx, who also stars as a player, noted Taylor approached his acting as he approaches a big game. "He was 100 percent ready."

Taylor originally had been assigned a cameo role in the film, but after a few days of filming, Stone was so impressed, he gave him a substantial role.