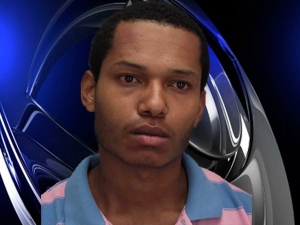 (CBS/WFOR) MIAMI BEACH - You think burglarizing cars is easy? Just ask a Miami Beach man who police say passed out after breaking into a string of cars in the parking lot of the posh Fontainebleau Hotel.

That's when police say he nestled in the backseat and "passed out."

Which came as something of a surprise to the car's rightful owners.

"So I put my hands on my uncle's shoulder and I was like, 'Uncle, don't look back, but there's someone in the backseat of our car.' I'm laughing now but I was very serious! I was scared," said Alan Rodriguez, the man who first spotted German.

Rodriguez was giving his uncle a tour of Miami Beach and ended up the Fontainebleau Hotel. After a few hours there, they got back into the car and drove off. They found him a few minutes later in the backseat.

"I thought he was hiding at first," said Rodriguez in an exclusive interview with WFOR.

Police say surveillance cameras inside the hotel's garage may have captured German's crimes. Police arrested him on five counts of burglary. He was released on bond.