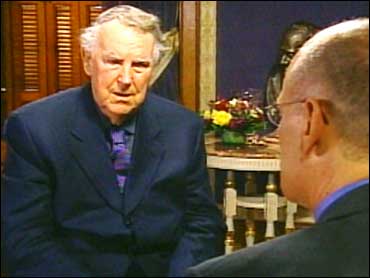 
I'll never forget the call. It was May 2003. A fine CBS news producer wanted to know if I wanted to interview Sir Edmund Hillary.

Silence. I scanned my personal hard drive. Surely this was a joke. Hillary had scaled the world's highest mountain what in 1953?

Quite the contrary, it turned out. Then a robust and jovial 83 years old with eyes sparkling, Hillary regaled me with stories I'm sure he'd told countless times before. As for the assault on Everest, there is only one picture from the summit. It's of Hillary's climbing companion Tenzing Norgay.

Sir Edmund assured me with a chuckle that he too was there. Summiting Everest won him fame but I was more impressed by his raising a small fortune to build schools and hospitals for the families of the sherpas who helped him make history.