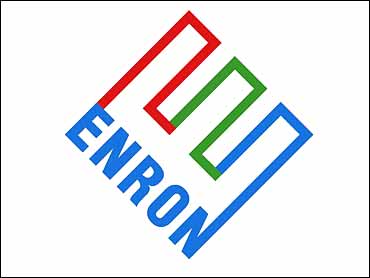 Since 1989, Enron has made a whopping $5.8 million in campaign donations, 73 percent to Republicans and 27 percent to Democrats.

Nearly half of these funds were donated during 1999-2000, when Enron was one of the top 50 organizational donors in the United States, according to an analysis of federal election documents by The Center for Responsive Politics.

The money kept coming in until just before Enron filed for bankruptcy Dec. 2. Since then, as the controversy around Enron has grown, some donations have been given back or to charity.

Read the latest disclosures
about the failed energy trading giant
Texans were by far the biggest Enron recipients, and Republicans got more than Democrats. President Bush, being both a Texan and a Republican, and a friend of Enron chairman Kenneth Lay, did very well.

Enron was Mr. Bush's biggest political patron as he headed into the 2000 presidential election. In all it has made $623,000 in contributions to his campaigns since 1993, when he was raising money for his first Texas gubernatorial race, according to the Center for Public Integrity, another watchdog group.

But the giving did not stop after election day. Enron officials contributed $10,500 to his Florida recount committee, and when the recount was ended, they donated $300,000 for the inaugural celebrations, said Holley Bailey, researcher for the Center for Responsive Politics.

“I think what is interesting about their giving over the last year, is that they used any method possible to support President Bush's campaign run,” she said.

What Enron got in exchange for the money was access, Bailey asserted. She noted that Lay had met Vice President Dick Cheney during last year's California energy crisis, at the same time the administration was formulating its energy policy.

“One thing is clear. They have written checks to a lot of people in this town and I guess that gets their phone calls answered when they call cabinet secretaries,” Bailey said.

Army Secretary Thomas White, who was not included in the watchdog analysis of administration officials, was Enron's vice chairman before his assuming his Pentagon post and owned between $50 million and $100 million worth of stock.

In addition to the Bush officials who owned Enron stock, at least two officials had professional ties to Enron, according to an analysis of financial disclosurs by The Center for Public Integrity.

White House economic adviser Lawrence Lindsey served as a consultant to Enron when he was managing director of Economic Strategies Inc., a consulting firm. Zoellick also served on the advisory council, earning $50,000 a year.

The report did not specify which officials sold their stock before Enron's financial collapse in December, but at least two, Rove and White, have disclosed that they did. Enron shares, which traded as high as $83 last year, are now worth less than $1.

White, whose stock was valued between $50 million and $100 million, announced that he sold his stock before taking his post with the Army last year. Rove sold his shares, worth between $100,000 and $250,000, early last year to comply with federal ethics rules.

The former energy-trading giant not only lavished campaign donations on President Bush, but was one of America's biggest political contributors, spreading money across both parties on Capitol Hill.

The top recipients in the Senate are from Texas, where Enron is based. Republican Sen. Kay Bailey Hutchison topped the list receiving $99,500 over the period. Sen. Phil Gramm was second, with $97,350.

Sen. Conrad Burns, R-Mont., accepted $23,200 during the period and Sen. Charles Schumer, D-N.Y., who sits on two committees planning hearings on the collapse of Enron, accepted almost $23,000 in contributions, according to the report.

Of the 10 House members who received the most money from Enron, six were Democrats and most were from Texas. The top recipients were both Democrats, Rep. Ken Bentsen, with $42,750, and Rep. Sheila Jackson Lee, with $38,000.

Rep. John Dingell, D-Mich., was 10th on the list, receiving $9,000. Dingell is the ranking Democrat on the House Energy and Commerce Committee, a panel with jurisdiction over the Enron case.

Sen. John McCain, R-Ariz., said on CBS' "Face the Nation" the government's response — as well as earlier federal monitoring of its business practices — may have been hampered by the energy company's freewheeling flow of campaign contributions.

"We're all tainted by the millions and millions of dollars that were contributed by Enron executives, which ... creates the appearance of impropriety," said McCain, a longtime voice for campaign finance reform. McCain acknowledged getting $9,500 in Enron contributions in two Senate campaigns.

Bentsen is giving back $2,000 of Enron money he has received since the last election — not to Enron, though. He is looking for a fund that will help its laid-off employees.

And the Democratic Senatorial Campaign Committee is giving to charity a $100,000 Enron donation thait received in late November, just days before Enron filed for bankruptcy.