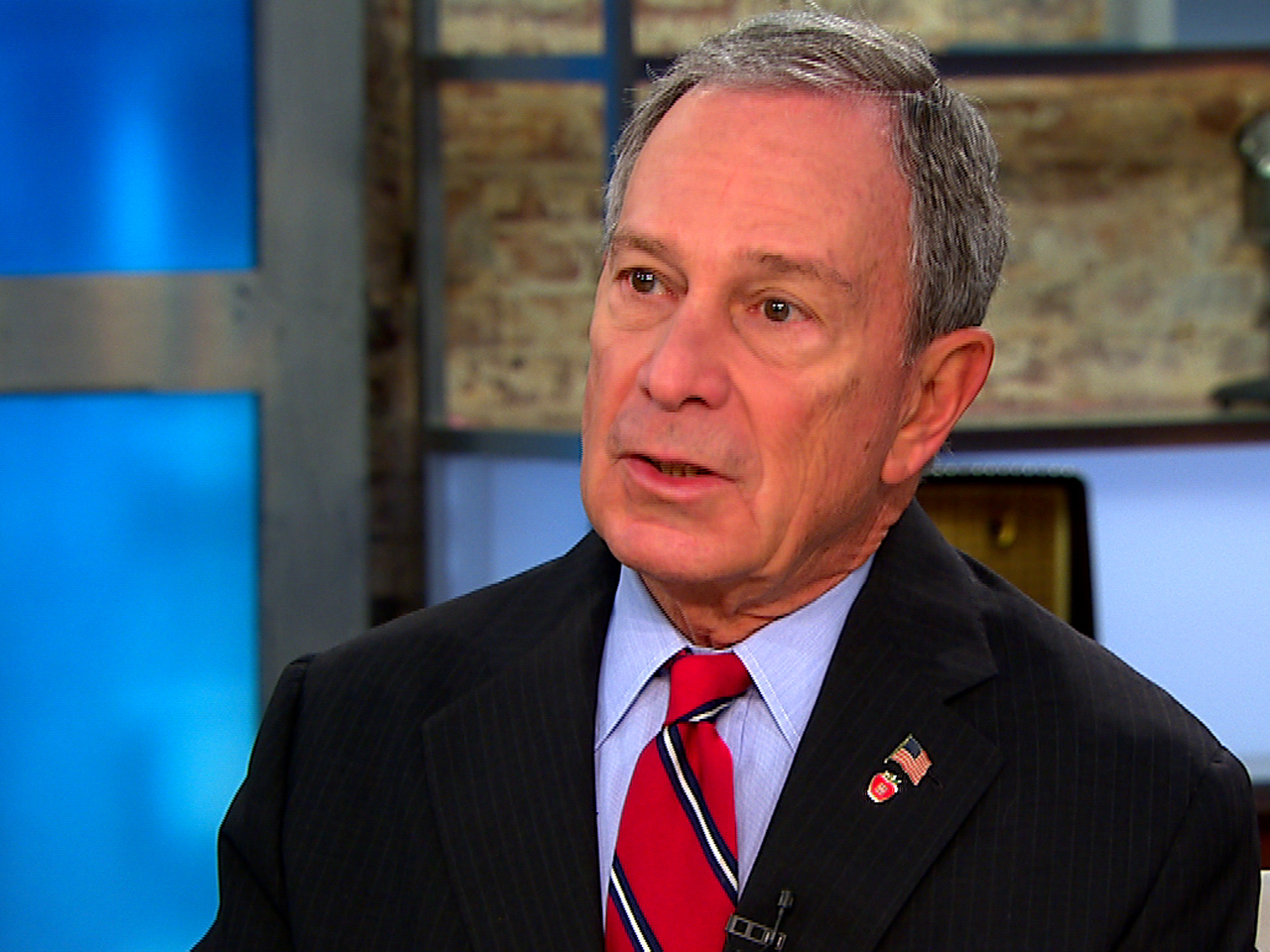 The mayor says he just wants people to know that anything bigger than 16 ounces is a lot of soda.

But his proposal is leaving a bitter taste in some people's mouths.

Bloomberg is depicted in a dress in a full-page ad paid for by the Center for Consumer Freedom, calling the mayor "Nanny Bloomberg" for his proposal to ban large sugary drinks in New York City.

Bloomberg says he found the dress in the ad "unflattering," but he's still happy about all the attention.

"This is cute for the cameras," he says. "It's a great thing to say, 'No, I don't like that.' But people understand we have to do something."

The mayor wants to ban the drinks because almost 6 in 10 New Yorkers are overweight or obese.

"Americans consume about 200 tp 300 more calories per day on average than they did about 30 years ago, and the largest single increase there is an increase in sugary drinks," notes New York City Health Commissioner Dr. Thomas Farley.

But his proposal has drawn the ire of many New Yorkers, including Jon Stewart on "The Daily Show" on Comedy Central.

Pointing to huge plates of food, Stewart said, "All of this is legal in New York City until, God forbid, I want to wash it down with a little something as pure and refreshing as Mountain Dew!"

The mayor has already been behind posting calorie counts on fast food menus, banning trans-fats in restaurant cooking, and making it illegal to smoke in bars, restaurants, even city parks and beaches -- laws that have been copied across the country.

But consumer advocates and the restaurant and food industries say the ban on large sugary drinks goes too far.

"I think people understand that, if they have more to eat than they need, that they're probably going to gain weight," Berman says. "What you're really looking at here is an attempt to do away with personal responsibility."