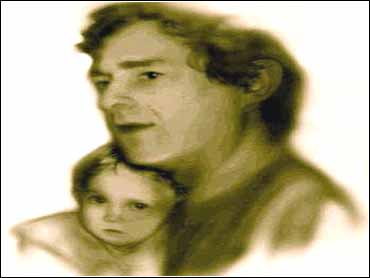 These days, dads diaper their daughters and coach their Little League teams. But experts find that just when daughters need their dads the most, when the girls hit puberty, many fathers become more distant. The Saturday Early Show’s family and adolescence counselor Mike Riera addresses this problem, which can have long-term consequences.

There is something going on that is a big shift in the relationship and when daughters really need their dads involved in their lives, they're not there.

What is the big shift? What happens at puberty?

One of the things, we all know, is that kids push us away. They need to push us away to create the space so they can live their lives and create themselves. This can be abrupt.

Just while preparing this piece, I talked to a parent who told me the story of how from childhood, he's always gotten up, set his daughter's breakfast table, poured the cereal, then poured the milk on the cereal when she comes down to breakfast. He and his wife have done this for the first 11 years and it's been a wonderful ritual.

Now she is 12. The other day, he's pouring the milk, and she goes ballistic on him. She's upset, screaming at him. He can't make any sense of what this is about. He does what most fathers do: Takes it personally and steps back, just as she's pushing away.

Also, as girls hit puberty, they become sexual, and that begins to show. The fathers notice their girls are becoming young women, and they don't know what do about this. As the daughters push away, they tend to retreat, and they create this gap.

In the milk example, one of the things to do is reach out to your daughter and say, ”Look. I understand how this makes you feel. This is different. It is a change. But I'd like to be a part of your life. Can we modify this in some way? Can we do something different so I can be involved?” The daughter wn't have an answer right away but she needs to know that her dad wants to be involved in her life.

The gap is bigger with girls than with boys because the real juice with the girls is emotions, and dads don't understand the emotions quite as well as moms.

With the milk, you can say, ”I can see how this makes you feel like a little kid when you're trying to feel grown up, so let's change it.” Once you acknowledge the feeling, that really cements the connection, and that's where I think dads need to focus their attention.

If there is a close father-daughter relationship, women tend to do better later in life, and in other relationships. And when the girl is a teen-ager, a lot of the responsibility for the relationship is on the father’s shoulders.

Dads need to reach out to their kids in different ways, be involved in their lives. They can't take the rejection personally.

It is not about them.

For more information, go to www.dadsanddaughters.org.