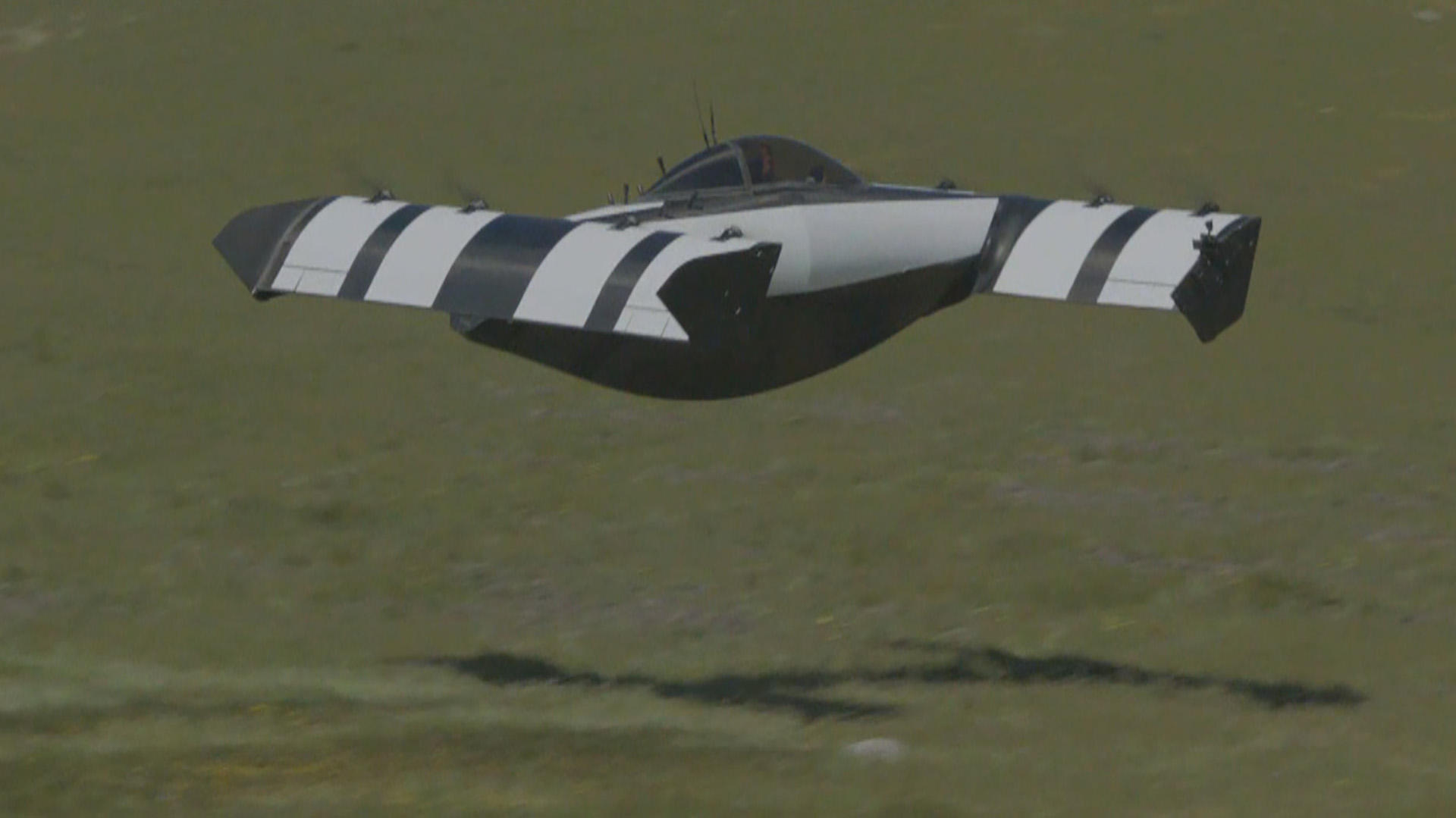 Ever since cars were invented, people have tried to make them fly. Now, after nine years of quiet work in a secret Silicon Valley location, developers may be closer than ever to making it a reality.

Marcus Leng calls his invention "a personal aviation vehicle" -- an electric aircraft, so easy to fly you don't need a pilot's license.

"When you press the thumb stick to climb with this you have absolute full control," Leng said.

Leng gave "CBS This Morning" a first look at the secret Silicon Valley facility where the craft he calls "Blackfly" is being built. He claims the single-seat aircraft, with eight small but extremely powerful electric motors, can fly itself, like a drone. That's how it was tested before anybody got on board.

For decades flying cars have been part of a future that has never arrived. The Hiller Aviation Museum in Silicon Valley displays several flying cars that just didn't get off the ground.

"The technology wasn't there," said Willie Turner, vice president of operations for the museum. "Because they didn't have the computers. And now the computers can actually manipulate the controls "

Marcus Leng wants "Blackfly" to be on sale next year so anyone can buy it.

Alan Eustace, former vice president of knowledge at Google, is on Blackfly's board of directors and knows about flight. He was carried by balloon into the stratosphere, then parachuted nearly 136,000 feet -- breaking a world altitude record in 2014. He's almost as excited about Blackfly. He says the average person can learn to fly a car like this after five minutes in a simulator.

"I've noticed in my career that things go from impossible to inevitable in a very short period of time," Eustace said.

It's no longer technology standing in the way, he says, but rather regulations governing flight.

"There's regulatory issues to deal with but if we could get through," Eustace said. "You could take this vehicle, you could put it out here, you could fly to San Francisco and you could be there in eight minutes."

Under current federal regulations, Blackfly is classified as an "ultralight aircraft," meaning it can't fly at night or over urban areas. It can travel just 25 miles on its electric batteries.

But the joy of flight seems unlimited.

Editor's note: An earlier version of this article incorrectly quoted Leng as saying early versions of the car carried a payload of 2,000 pounds, instead of 200.