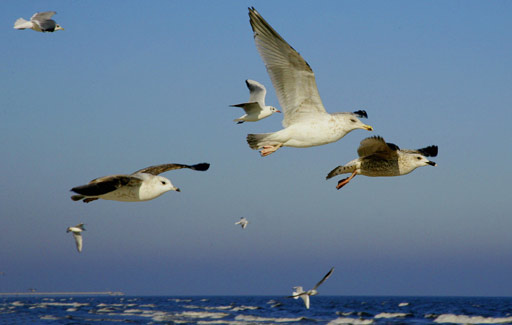 Ron Hextall was waived by the Philadelphia Flyers on Thursday, perhaps ending his 13-year career.

Hextall, the Flyers' winningest career and playoff goaltender and a former Vezina Trophy winner, will wait 48 hours for another team to claim him. If no one does, the Flyers will buy out the final year of his contract and perhaps offer him a job in the front office or as an assistant coach.

"I think that if Ron doesn't want to continue his career in another city, then we'll sit down and see what he wants to do and what we have available," Flyers general manager Bob Clarke said. "It would be nice if we could keep him in the organization. We like Ron a lot. We just feel that it's time for a young goaltender to start developing with the Flyers."

The Flyers picked a goaltender, Maxime Ouellet, in the amateur draft for the second straight year. They already have Brian Boucher and Jean-Marc Pelletier waiting to back up starter John Vanbiesbrouck.

"I think Hexy was one of best goaltenders that ever played for the Flyers," Clarke said. "When he was a young goaltender, he was probably the biggest reason the Flyers went to the Finals. I think he was really a great competitor and a real good community person and a real good man for the Flyers. Unfortunately, like everybody, it's time for us move on."

Hextall, 35, originally was drafted by the Flyers in 1982, then traded to Quebec in the seven-player, blockbuster deal in which the Flyers acquired Eric Lindros on June 20, 1992. The Flyers traded Hextall, Peter Forsberg, Steve Duchesne, Kerry Huffman, Mike Ricci, Chris Simon, a first-round draft pick and $15 million to the Nordiques for Lindros.

Hextall was later traded to the New York Islanders, where he played only one season before being dealt back to the Flyers in 1994.

His agent, Steve Mountain, was out of town Thursday and could not be reached for comment.

Hextall won the Vezina Trophy as the league's best goaltender in 1987, when he led the Flyers to the Stanley Cup Finals. This season, as Vanbiesbrouck's backup, he passed Hall of Famer Bernie Parent for the team lead with 240 victories.

Hextall also is No. 1 on the Flyers' career lists for games, playoff games and playoff wins. He was the starting goalie for the Wales Conference in the 1988 All-Star Game.

The Flyers left Hextall unprotected in the expansion draft, but the Atlanta Thrashers didn't select him.