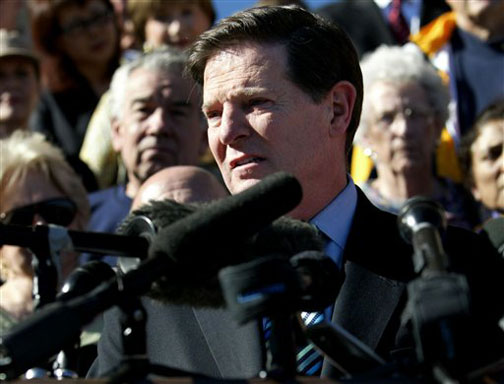 Eric Lindros had a goal and two assists, Colin Forbes added a goal and Aleandre Daigle had three assists for the Flyers, who have won three of their last four games against the Coyotes.

Phoenix opened the scoring 3:07 into the game when a shot by Teppo Numminen from just inside the blue line deflected off Craig Janney's skate and past Garth Snow.

Philadelphia followed with five straight goals. LeClair was credited with a goal when his centering pass deflected off Numminen and trickled by Scott Langkow at 7:01 of the first period. Forbes gave the Flyers the lead when he gathered in a deflected shot in the low slot and blasted the puck past Langkow.

Brind'Amour scored his first goal of the night at 6:50 of the second period, then got his second at 11:44 when he redirected a pass from Chris Gratton from the left boards. Lindros scored 91 seconds later when he took a pass from Daigle from behind the net and beat Langkow with a quick wrist shot.

Keith Tkachuk cut the lead to 5-2 when he redirected a pass from Janney from behind the next past Snow with 8:49 remaining. LeClair added his second goal with 5:10 left to cap the scoring.

Snow made 18 saves for the Flyers, who moved within five points of idle New Jersey for first place in the Atlantic Division.

Langkow, making his second career start and fourth appearance, made 19 saves for the Coyotes, who have lost two straight after four straight wins.