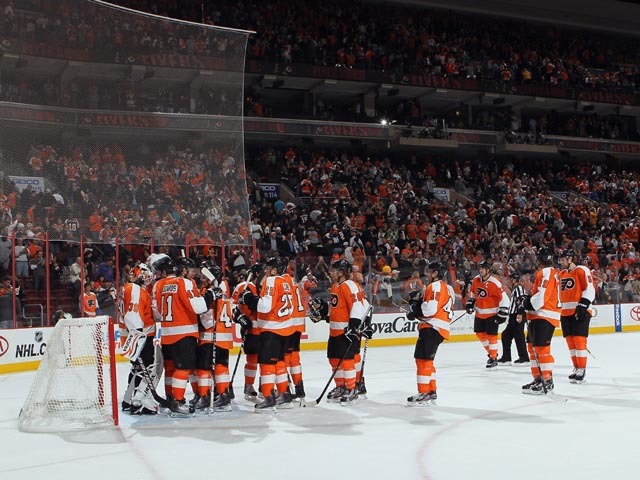 (CBS) - Philadelphia fans have a reputation to keep up. They are, after all, "the worst sports fans in America." No need to rehash the horror stories of Philly fandom (though booing Santa Claus is still this writer's personal favorite.) No, instead let's move on to this story of furious Flyer fans. It's not surprising to find out that Flyers fans were booing rival players. Unfortunately, they were booing while these rival players were on the arena scoreboard for a public service announcement about the fight against cancer.

So, yes, one could say that Philadelphia fans were booing a "Hockey Fights Cancer" PSA.

According to Yahoo! Sports, the Flyers were playing the Vancouver Canucks at the Wells Fargo Center, and between periods the jumbotron ran several "Hockey Fights Cancer" videos. These spots feature popular athletes from around the league, including Pittsburgh's Sidney Crosby - as despicable an athlete in the eyes of Flyers fans as any player to ever don skates.

So of course the fans boo when Crosby's mug pops up on the arena screen. It's just unfortunate that the Penguins star was urging fans to "join the fight against cancer."

It's easy to take potshots at Philly fans for their, shall we say, spirited reaction. No one is suggesting Philadelphia hockey fans are pro-cancer. But, guys, come on. Maybe tone it down a little and it wouldn't be so easy.