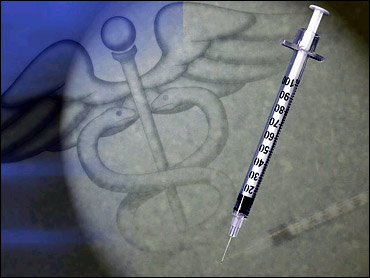 Yearly flu shots significantly reduce deaths from all causes in people 65 and older, Dutch researchers found in a study that underscores the seriousness of this year's U.S. vaccine shortage.

Of the 36,000 Americans who die from flu-related causes each year, most are elderly. Older people are especially vulnerable to pneumonia and other complications from influenza, which is why they are in one of the high-risk categories for which health officials say this year's scant shots should be reserved.

Yearly flu shots have been recommended for people 65 and older since the 1960s and for those 50 and older since 2000. New vaccine is made each year to target the specific strain that circulates each season, so people are advised to get annual shots.

Still, there has been little evidence about the effectiveness of national programs recommending repeat vaccinations, which is what prompted the Dutch study.

Dr. A.C.G. Voordouw at Erasmus University in Rotterdam and colleagues analyzed the effectiveness of the Netherlands' nationwide vaccine program using data on 26,071 residents 65 and older from 1996 through 2002.

There were 3,485 deaths from various causes during the study period.

The findings support the practice of giving yearly flu shots to all elderly people, healthy or not, Voordouw said.

Dr. William Schaffner, a Vanderbilt University flu expert and adviser to the government, said the study "reinforces even more our need for a secure supply of influenza vaccine."

The shortage was caused by contamination problems at a British plant that was to have provided almost half the U.S. vaccine supply.

Other at-risk people advised to get the shots include children ages 6 months to 23 months, pregnant women and people with underlying illnesses.