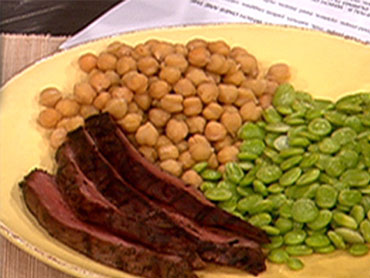 They're not on the level of hand-washing and flu vaccinations, but there are some foods that can boost your immunity to help you fight the flu this holiday season, according to CBS News medical correspondent Dr. Jennifer Ashton.

Ashton said on "The Early Show" vitamins are emerging as powerful disease-fighters. Vitamin D, in particular, is getting a lot of attention, Ashton said. A 2007 study found that subjects taking daily Vitamin D supplements were three times less likely to report cold and flu symptoms. A higher dose (2000 IU/day), given during the last year of the study, resulted in virtually no reports of cold or flu symptoms.

"It is hard to get enough in food alone, and 30 to 50 percent of Americans are D-deficient," Ashton said. "You may want to take a Vitamin D supplement. Some health experts say you can safely take up to 2000 international units a day."

Vitamin A, found in yellow fruits and veggies and carrots, can also boost immunity. Vitamin A, Ashton said is good for the immune system because it increases the body's T cells.

Selenium, for example, found in Brazilian nuts, oats and brown rice, she said can fight to fight infection by slowing the replication of virus cells in the body.

Also, the mineral zinc may help this season. Found in oysters, beef and beans like chickpeas and baked beans, zinc, Ashton said, is not entirely understood, but thought to help immune cells work optimally.

And another flu-fighter that may surprise you: fat.

Omega 3s, Ashton said, are the good kinds of fat, found mostly in oily fish, such as mackerel, nuts and seeds.

"They aid in the functioning of white blood cells," she said, "which are responsible for producing antibodies that fight infection."

Also, it may seem odd, but foods with bacteria may help prevent flu. Foods, such as yogurt, buttermilk and miso contain probiotics, which add healthy bacteria to the intestinal track.

"A healthy intestinal track can bolster your defense and help resist flu viruses," she said. "Choose yogurt with active cultures, they're the ones with the friendly bacteria."