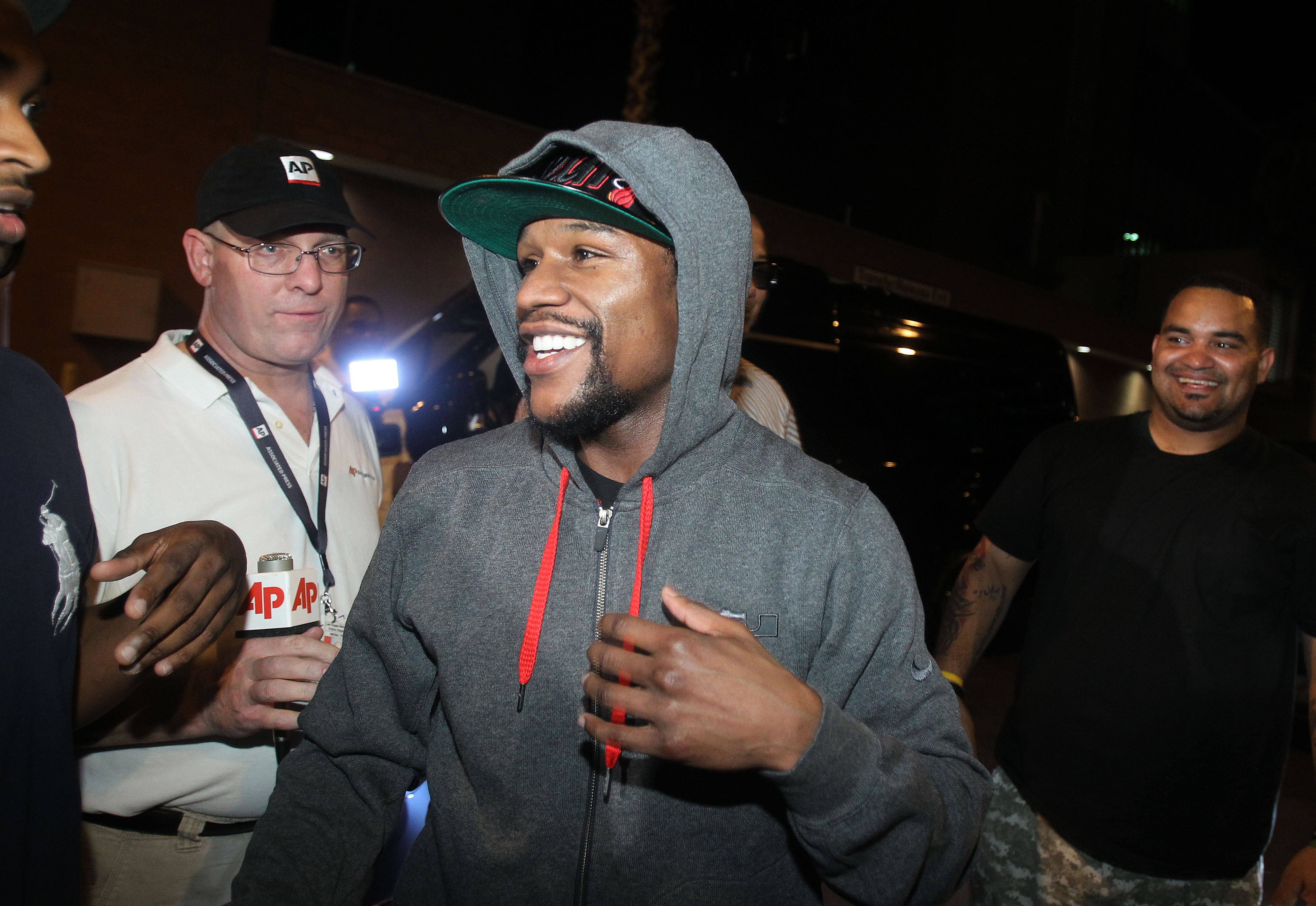 Mayweather was released from Clark County Detention Center, after serving two months of a three-month sentence due to work time and good behavior. He plans to resume his boxing career, a move that his lawyers and personal physician warned in court documents might be at risk. They said jail food and water didn't meet Mayweather's dietary needs, and a lack of exercise space in a cramped cell threatened his health and fitness.

In order for Mayweather to fight in Las Vegas, he will need a new license from the Nevada Athletic Commission, executive Keith Kizer said Thursday. Mayweather's last license, for the May 5 bout against Miguel Cotto, was for one fight only.

If Mayweather applies, commission Chairman Raymond Avansino Jr. could decide to grant approval administratively or summon Mayweather before the panel for a public hearing, Kizer said.

The 35-year-old boxer pleaded guilty last year to reduced domestic battery charges stemming from a hair-pulling, arm-twisting attack on his former girlfriend, Josie Harris, while two of their three children watched. The plea deal allowed him to avoid trial on felony charges that could have gotten Mayweather up to 34 years in prison if he was convicted. Harris and the children moved to the Los Angeles area since Mayweather was jailed on June 1.

As a high-profile inmate, police said Mayweather was kept separate from the other 3,200 inmates, for his protection, in the downtown Las Vegas facility.

Las Vegas Justice of the Peace Melissa Saragosa rejected arguments that Mayweather's accommodations were cruel and unusual. The judge ruled June 13 that while Mayweather may not have liked the regimen, he had sufficient space and time for physical activity and the only reason he wasn't eating properly was because he was refusing to eat the meals he was given.