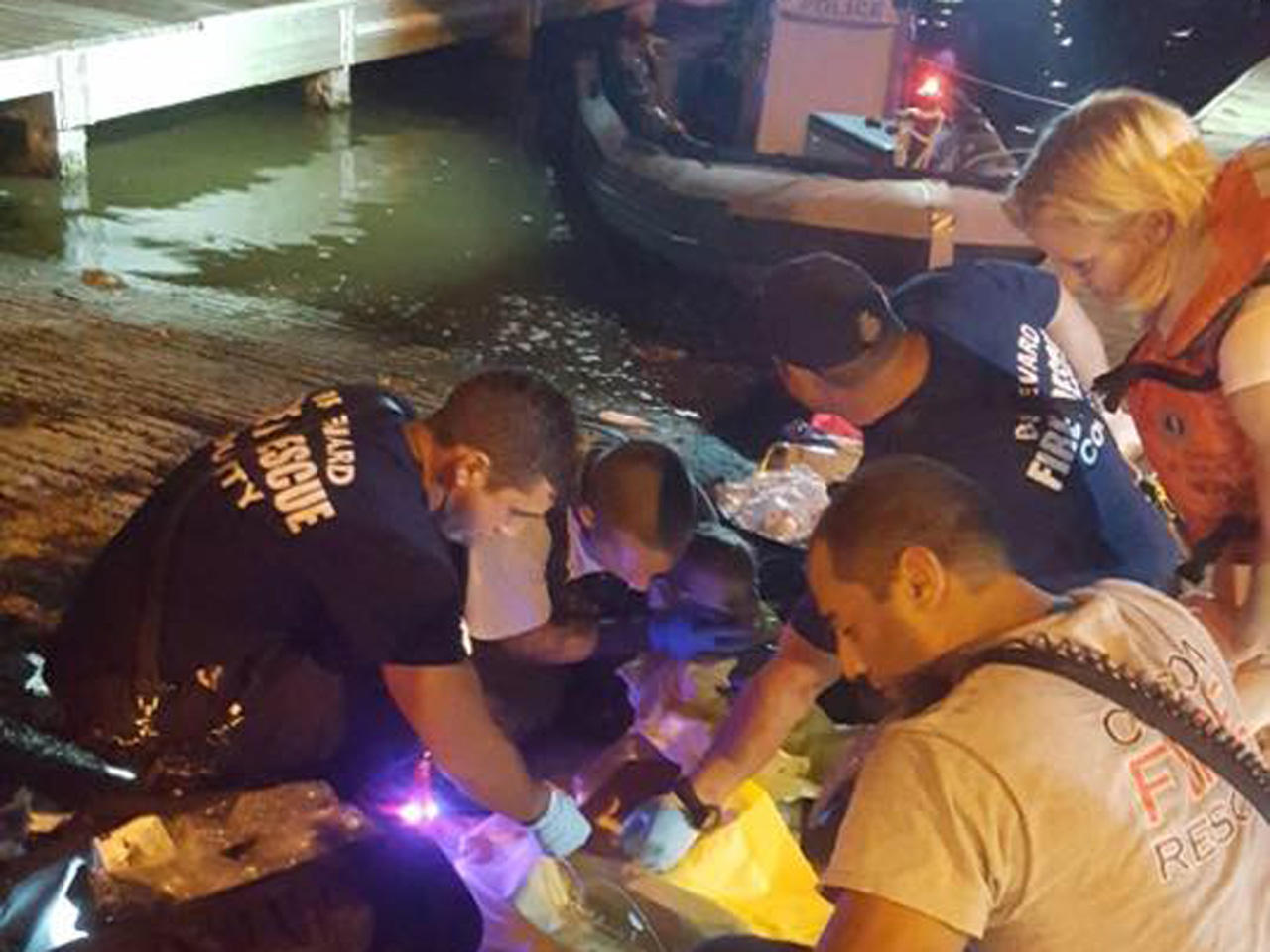 COCOA, Florida – A toddler was rescued from an air pocket underneath an overturned boat after an hour in the Indian River in Cocoa, Florida, on Friday.

CBS Orlando affiliate WKMG reports that one of the boaters, Tammy Brossard, believes there was divine intervention with her family.

“God was with us,” she said. “Our boat hit the corner of the power lines and we all ejected.”

Brossard said she, her husband and her two children -- an infant named Charlotte and a 23-month-old toddler named Kennedy -- were were on their way back from dinner when they were thrown into the water.

“I had Charlotte in my hands still and the boat had flipped and I climbed on top of the boat,” Brossard said, adding that it was then she realized Kennedy was missing.

“I jumped in the water and we tried to search. We couldn’t tell where the crying was coming from. We kept searching and searching,” she said.

Dorothy Dixon was boating nearby and told WKMG they saw what happened and tried to help.

“We grabbed them and momma kept swimming and looking,” Dixon said. “The mom and dad did everything they could. They were looking under the boat.”

Although they could hear Kennedy crying, they couldn’t find her. Brossard luckily recovered her cellphone and called 911.

Officer Matt Rush and Cpl. Alan Worthy were among the first to arrive, and they immediately joined the search after bringing the rest of the family to safety. Also able to only hear but not see the toddler, they began diving under the boat. After 45 minutes, Rush was able to pull her to safety, WKMG reports.

“Usually, instances like this don’t turn out like that,” Rush said. “A boating accident that severe, with that much damage, could’ve been a lot worse. The air pocket in the boat and the life jacket saved her life.”