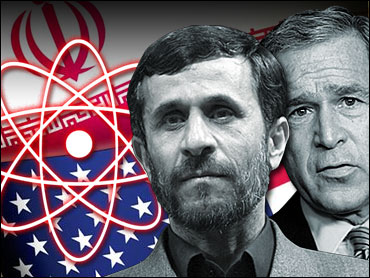 The quarterback shuffle at No. 5 Florida is an October ritual as predictable as any other and nothing seems to be changing this year.

Spurrier said the position isn't necessarily Doug Johnson's to keep after a series of games in which he and Johnson have communicated poorly and been involved in an occasional argument on the sideline.

Johnson still has the starting job heading into Saturday's game against No. 10 Georgia, but the coach says he won't hesitate bringing Jesse Palmer off the bench if Johnson isn't performing up to standards.

Spurrier reiterated that Tuesday, making it clear that the tension between the two is anything but over.

"I'm not mad at Doug," Spurrier said. "But certainly, I'm frustrated with some of his plays that I've not been able to coach him out of. I fully expect Doug to go the distance this week. But if it comes to a point that we've got to get somebody else in there, then that's what I have to do."

Spurrier has banned both quarterbacks from talking to the media this week.

"They don't have anything to say," he said. "I'll try to talk for them a little bit."

What he seems to be saying is there's a good chance of Johnson getting the hook at some point Saturday.

The two have seemingly been at odds since Florida's 31-10 victory at LSU, in which Spurrier and Johnson had several heated discussions on the sidelines.

Spurrier has been most upset with Johnson's decisions to change plays at the line of scrimmage. Johnson has admitted his mistakes. Teammates are trying to avoid the crossfire.

"Doug is going to play how he's supposed to play and he's going to listen to the coach," receiver Darrell Jackson said. "Even with that, we have a backup guy ready to go. So, if Doug and coach Spurrier decide to get into another little dispute, we know we've got someone we can go with and win."

"Not everybody's perfect," offensive lineman Mike Pearson said. "Players make mistakes. Hopefully, we learn from them and don't make them again. Coach is going to put in there who he feels can best execute for him. I'm confident with either one in there. I don't see it as a distraction at all."

By this point, it's more the norm than a distraction.

In 1994, it was Terry Dean being benched in October, when he threw four interceptions against Auburn. He was replaced by Danny Wuerffel, who went on to become, in Spurrier's view, the best quarterback ever to play college football.

The yer before, Wuerffel won the starting job briefly before being replaced by Dean in the midst of a three-interception performance in a rainstorm against Georgia.

Johnson and Palmer are the latest characters in Spurrier's shuffle. Last season, they alternated each play for a time, before Palmer won the job outright in October. Palmer broke his collarbone, however, and Johnson got the job back. It stayed like that at the beginning of this season.

But Spurrier felt increasingly boxed in due to his attempt to seek a medical redshirt for Palmer for this season. The coach has realized the redshirt idea was a bad one and has given up on it.

That means Palmer is the legitimate No. 2. He's getting more work in practice this week and will have to stay warm come gametime.

"I think it's a mistake to go in thinking you've just got one experienced quarterback," Spurrier said. "I think we're better off bringing in two or three two at least. That's all we're trying to do."