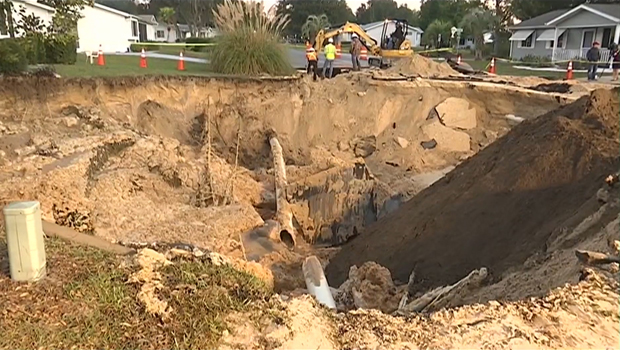 The hole in Ocala was estimated to be 40 feet wide and 20 feet deep.

A water main break appears to be what caused the hole, Marion County Fire Rescue told the station.

Authorities shut off power and water for the neighborhood.

The hole doesn't appear to be growing, a contractor told the station.