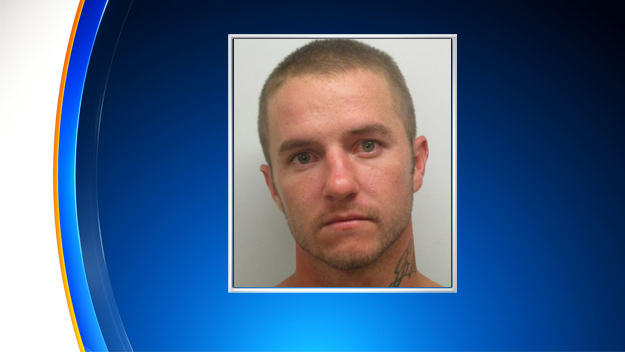 MARATHON, Florida — A South Carolina man is facing numerous charges, including a sex offender violation, after police said he passed out in his car in the drive-thru of a Florida McDonald’s, reports CBS Miami.

A McDonald’s employee called police around 10:30 p.m. Tuesday, saying Kevin Yonson, 28, and a woman could not be awakened after they placed an order for food and fell asleep while waiting.

“When deputies arrived, they knocked on the windows of the car and, at first, could not wake the couple up. The female passenger finally did wake up and she, in turn, woke the male driver,” said officials with the Monroe County Sheriff’s office.

Once the couple rolled down their windows, a strong odor of alcohol was detected and neither person had a driver’s license, according to an arrest report.

Police said Yonson was uncooperative and initially gave the last name of “Johnson,” spelling it with a “J.” A short time later he told police the actual spelling of his name, they said. He was arrested after allegedly refusing to take a field sobriety test.

“A check through computers revealed Yonson has a suspended driver’s license, three DUI convictions in the past, and he is a convicted sex offender,” deputies said. He had not registered as a sex offender since moving to Monroe County five weeks ago, police said.

“As he was being handcuffed and placed into a patrol car, he struggled with deputies and, at one point, threw his elbow back, attempting to hit one officer in the head. The officer blocked the elbow with his arm,” said officials.