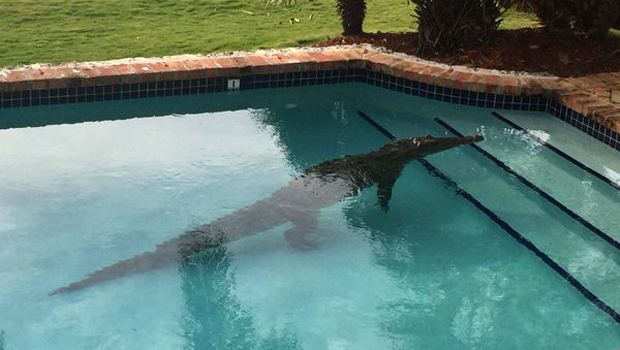 MIAMI -- A multimillion-dollar home in South Florida had a wild addition to its pool, CBS Miami reports.

A homeowner called the sheriff's department in the Florida Keys after spotting an 8-foot crocodile in his swimming pool Thursday morning.

It was a major surprise for the homeowner from Pennsylvania, who had moved into the home just four days earlier, according to Robert Dube with the Florida Fish and Wildlife Conservation Commission.

Monroe County sheriff's deputies along with Florida wildlife officials responded, but the croc eventually walked out of the pool on its own accord and walked back into a nearby body of water.

Last week in South Florida, authorities were called to remove a shark from a pool at a condominium complex.