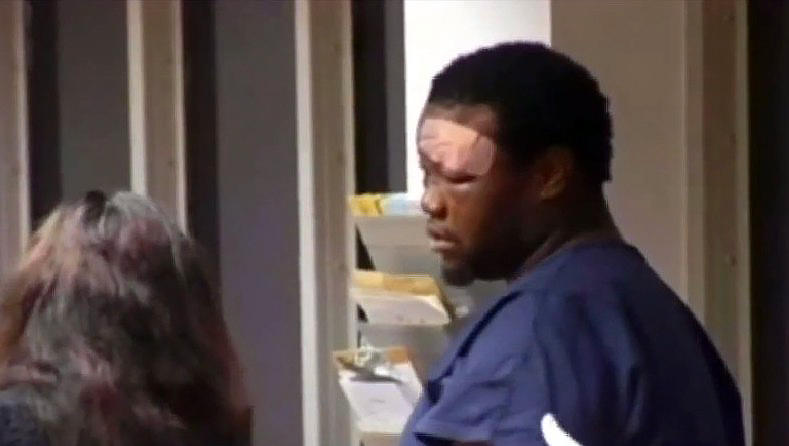 BOYNTON BEACH, Fla. -- Two current and two former Florida police officers have pleaded not guilty to charges filed in connection with the beating of a man captured after a high-speed car chase.

Boynton Beach officer Michael Brown and former officers Justin Harris and Ronald Ryan are charged with the 2014 beating of Jeffrey Braswell. The trio and Sgt. Philip Antico are also charged with trying to cover it up. All appeared in court Friday and Magistrate Judge William Matthewman ordered each to be held on $250,000 bail.

Braswell was in a car driven by Byron Harris, who fled at 100 mph after running a stop sign. During the chase, officer Jeffrey Williams was seriously injured when struck by Harris and possibly by a pursuing police car.

Video captured from a sheriff's helicopter appeared to show the officers punching and kicking Harris, Braswell and another passenger during the arrest, CBS affiliate WPEC-TV in West Palm Beach reports.

Jonathan Wasserman, the attorney for Justin Harris, told reporters, "These charges are not worthy of being prosecuted." His client resigned from the department and Ryan was fired. Antico and Brown are on paid administrative leave.

Boynton Beach Police Chief Jeffrey Katz told a news conference Friday, "We will not let this incident of several years ago define us."

In November of 2016, the city paid $600,000 to settle a lawsuit filed by Harris, saying they wanted to avoid a much larger payout had the case gone to trial, WPEC-TV reports.

Harris pleaded guilty in 2015 to aggravated assault and eluding police. He was sentenced to 3.5 years and remains in prison.

According to court documents, officers Harris, Brown and Ryan kicked and hit Braswell numerous times and shocked him with a Taser without cause. The three and Antico then lied in their reports when they omitted facts about the beating, prosecutors charge. They say Antico also lied to FBI agents investigating the case.