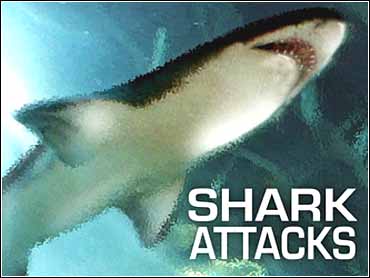 The Florida Fish and Wildlife Conservation Commission voted 7-1 to put an end to "interactive" dives, in which scuba-diving tourists watch as tour operators attract sharks and feed them fish.

Several commissioners expressed fear that sharks could be conditioned to associate humans with food.

Chairman David K. Meehan said despite the intense public and media interest in shark attacks, the issue has been before the commission for almost two years and had nothing to do with the attacks.

"We first discussed it in February 2000 and have had several workshops on it," Meehan said. "It has been thoroughly discussed."

The dive operators were caught off guard by the vote.

"We will take any legal means we can, including going after the commission staff," said Bob L. Harris, an attorney representing the companies offering shark-feeding dives.

Tour operators told commissioners before the vote that the interactive dives were safe since no tourists had ever been injured by any of the feeding sharks. They told commissioners that proposals to regulate their industry would force them out of business and asked for additional time to negotiate a new agreement.

But the commissioners, who held several public hearings on the issue, refused a further delay.

The ban would also extend to other marine animals, including manatees, barracudas, moray eels and manta rays. Federal rules already prohibit the feeding of dolphins in the wild.

The ban will not take effect until after another public hearing in November, but there appeared to be little chance the vote would be changed.

George Burgess, who runs the International Shark File at the University of Florida, told commissioners the shark feeding dives had no connection with the recent spate of attacks.

His files from past years show 15 attacks to shark-feeding divers and eight to professional photographers who used bait to attract shark.

There have been more than 40 shark attacks in U.S. coastal waters this year, including 29 in Florida. On Saturday in Virginia Beach, Va., a 10-year-old boy was fatally mauled in the surf. Two days later, a shark killed a man and gravely injured his girlfriend off a North Carolina beach. They were attacked while standing on a sandbar in waist-deep water.

Natalia Slobonskaya, 23, is recovering, talking with visitors and was breathing without the help of a ventilator tube and her wounds could be surgically closed soon, said Dr. Jeffrey Riblet of Sentara General Hospital in Norfolk, Virginia.

"Her wounds are healing well and I'm hopeful that we can get those closed as soon as possible," Riblet said on CBS News' The Early Show. "She has done incredibly well and I'm very impressed by her courage and bravery."

Doctors were waiting for the risk of infection to pass before sewing the wounds shut, Riblet said earlier.

In July, eight-year-old Jessie Arbogast survived after a shark tore off his arm as he swam off Pensacola, Florida. Surgeons reattached his severed limb and he remains in guarded condition.