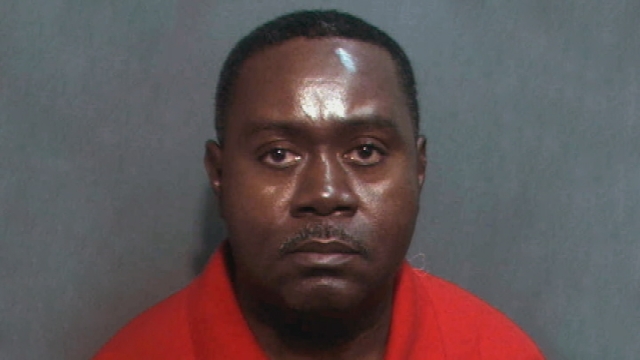 ORLANDO -- A Florida woman discovered during church announcements that her husband had allegedly gone and married another woman, reports CBS affiliate WFTV.

After a pastor made the stunning announcement, Patrick Celicourt's first wife ran out of the congregation crying, reports the Orlando Sentinel. She claims, according to WFTV, that when the pastor announced it, she was "embarrassed and belittled."

Three days later she brought copies of the man's old and new marriage licenses to the Orange County Sheriff's Office.

Patrick Celicourt is now facing charges of criminal bigamy and falsifying official statements in connection with the March 9 marriage.

Prosecution for the crime in Florida is rare, said Carlos Martin, a lawyer for Pelicourt's first family, in an interview with WFTV.

"Only 14 defendants have been prosecuted for bigamy and only one has been sentenced to any time, which was nine months," he said.

Patrick Celicourt is also charged with falsifying official statements, and that may be over his attempt to sell the family home.

"Since he's trying to get rid of marital possessions, that may be a reason why the prosecutor decided to go ahead and press charges," Martin said.

Celicourt and his first wife are in the process of getting divorced, and the second marriage is legally void, WFTV reports.

"In the eyes of the law, they are not married. He's still married to the first person," Martin said.