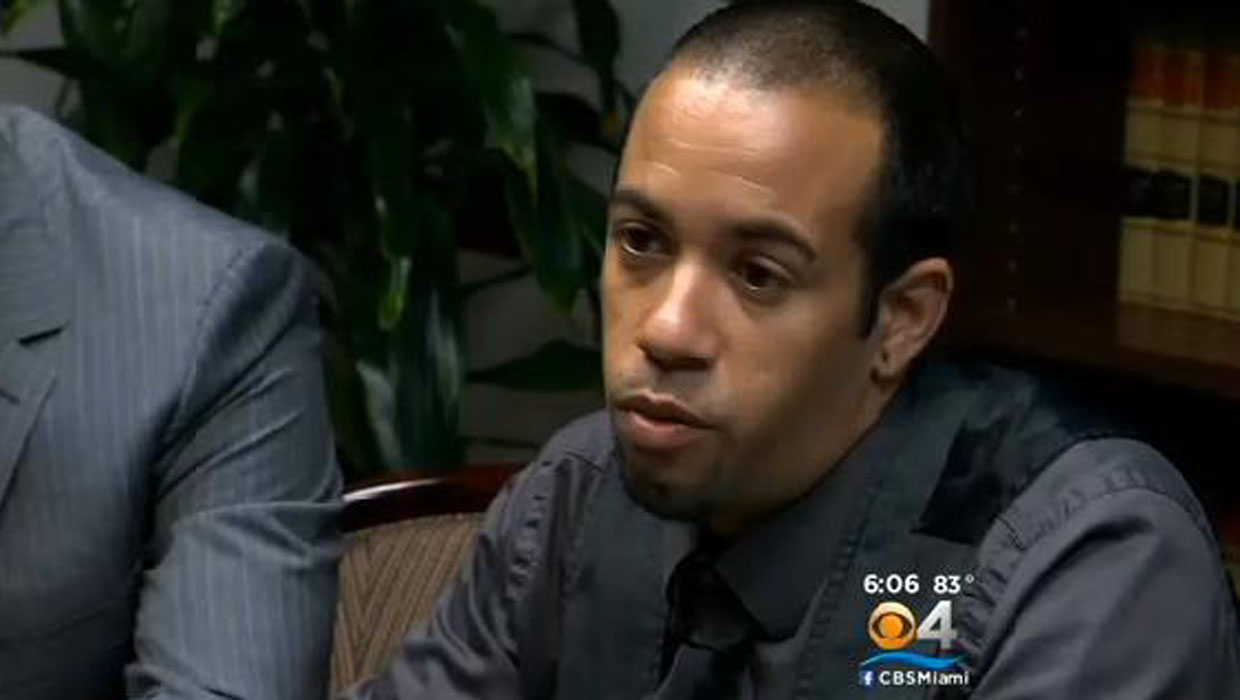 MIAMI - A freelance disc jockey was arrested and charged with obstruction of justice after he recorded a Miami-Dade police officer arresting someone else outside a Cutler Bay, Fla., store, reports CBS Miami.

Lazaro Estrada was taken into custody on St. Patrick's Day after he used his cell phone to record Miami-Dade Officer Michael Valdez arresting Andre Trigiano -- the owner of the store where Estrada had been hired to spin records -- on outstanding misdemeanor traffic charges, says the station.

Estrada told CBS Miami that he began recording the incident with his iPhone after he saw the officer throw Trigiano to the ground outside the store. In the video, Valdez gestures to Estrada to back up, and the disc jockey goes back inside the store, where he continues to videotape the scene.

"I backed off into the building and I stayed behind the glass doors," Estrada said. "Obviously, all I had was my phone in my hands in clear sight... and he only told me once [to back up]. I did what he told me."

Despite Estrada's claim that he cooperated, other officers who later arrived on the scene entered the store and removed the suspect. In the video, Estrada can be heard saying, "I can record all I want."

Officer Valdez wrote in the arrest report that he gave the disc jockey "verbal commands to back away and he refused to do so.... I felt threatened by his presence," wrote Valdez according to the station.

Valdez said he recovered a handgun from Trigiano, who had a permit to carry a concealed weapon, CBS Miami reports. The officer then confronted a protesting Estrada, telling him, "The guy's armed, three times my size, I'm telling you to back off."

The station reports that Estrada is represented by attorneys Frank Gaviria and Jonathan Perazzo, who are taking on the case for free. "At no point did he interfere," Gaviria said of his client, speaking with CBS Miami. "The video clearly shows Mr. Estrada was a very safe distance away from the officer."

"Just like police officers have their dash cams, private citizens have their cell phones. There's no difference," Perazzo told the station.

In the video, when Estrada asks the officer why he is being arrested, Valdez can be heard saying, "For, for, uh..." before his voice trails off. Ultimately, he was charged with obstruction of justice and resisting arrest without violence, both misdemeanors.

A spokesperson for the Miami-Dade Police Department told CBS Miami "the arrest report speaks for itself, and Mr. Estrada is entitled to his day in court."