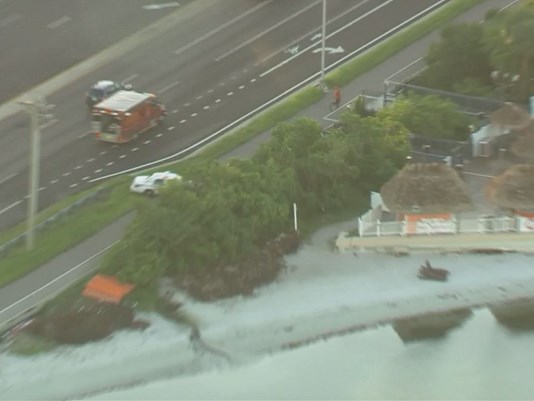 TAMPA, Fla. - Police say a bicyclist in Florida has died after coming into contact with a live power line on a bridge spanning Tampa Bay.

Tampa Police spokesman Steve Hegarty said in an email that the male bicyclist was riding on a path early Wednesday near a beach along the Courtney Campbell Causeway.

CBS affiliate WTSP reports authorities had to hold back from reaching the man until they turned off power in the area. Upon reaching him, they confirmed he was dead. Tampa Fire Rescue and Tampa Electric Co. also responded to the scene

Police have not yet identified the bicyclist.

Hegarty says eastbound traffic was delayed. The bridge connects Tampa with Clearwater. It crosses Tampa Bay north of the Sunshine Skyway Bridge that was completely closed for hours on Tuesday after a tanker truck fire.