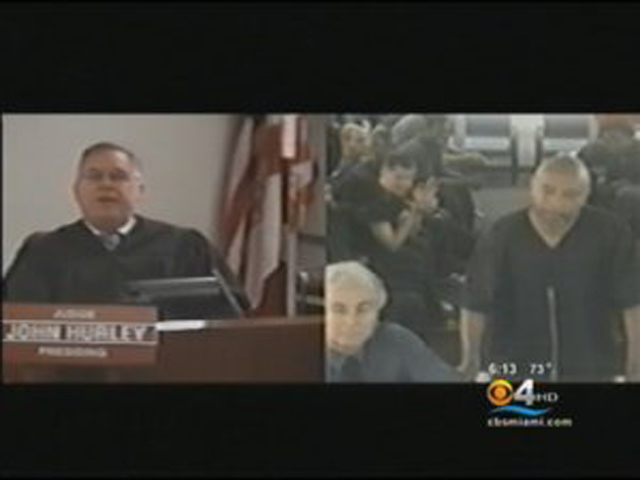 (CBS/AP) FORT LAUDERDALE, Fla. - Justice will be served at Red Lobster in one Florida domestic dispute.

A South Florida Judge has ordered Joseph Bray to buy his wife a birthday card and flowers, and to take her to dinner at a Red Lobster restaurant and a night of bowling, to smooth over any hard feelings from a marital spat.

Bray, 47, was arrested after a dispute over forgetting to wish his wife a happy birthday allegedly escalated into violence. According to CBS Miami, Bray allegedly pushed his wife onto the couch in their home and put his hands on her neck. The arrest affidavit stated that he lifted his hand to strike her, but never did.

Bray's wife told the court that she did not fear for her life.

In addition to ordering a couple's night out, Judge John Hurley on Tuesday also ruled they should begin seeing a marriage counselor immediately.

The judge emphasized that he would not make such a ruling had the charge been more serious, or if Bray's wife was in any danger, reports CBS Miami. The Florida Sun Sentinel reported Bray had no prior arrests.

"It was a minor incident, in the court's opinion," JHurley said. "The court would not normally do that if the court felt there was some violence but this is very, very minor and the court felt that that was a better resolution than other alternatives."