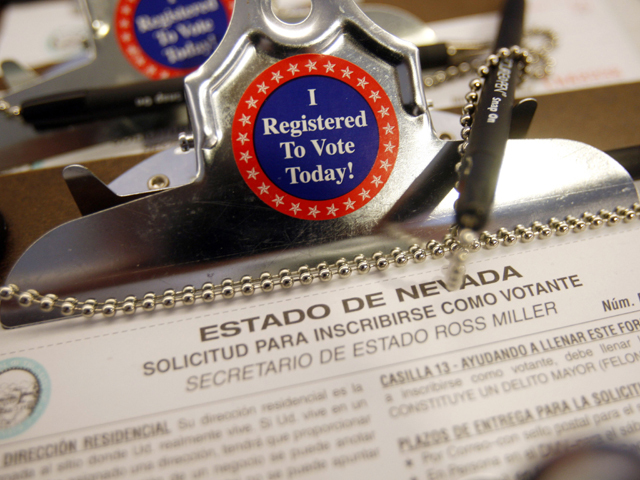 Judge Robert Hinkle said the law imposes "a harsh and impractical" metric for voter registration organizations, referring to record-keeping requirements and a 48-hour deadline to turn registrations in to the state. Failing to adhere to the "prompt" deadline could result in fines for organization.

The suit was brought by three third-party voter registration organizations: League of Women Voters of Florida, the Florida Public Interest Research Group and Rock the Vote.

"If the goal is to discourage voter-registration drives and thus also to make it harder for new voters to register, the 48-hour deadline may succeed," Hinkle wrote.

Hinkle also blocked the part of the law that requires the voter registration organization submit the identification of its workers or employees signing people up to vote or handing out voter information pamphlets.

The new law was passed by Florida's Republican legislature and signed into law by Governor Rick Scott, who was elected in 2010. It is one of a wave of new laws passed in the past two years aimed at curtailing voter fraud.

According to The Palm Beach Post, Scott said he is "pleased that central parts of the voter registration law have been upheld by a federal judge," but he hasn't made a decision on how to move forward with the parts of the law struck down.

"Today's decision makes clear that laws that make it harder to participate in the political process should be rejected," said Wendy Weiser, director of the Democracy Program at the Brennan Center, which represented the voter registration organizations in the case.

Scott is also being challenged on efforts to purge Florida's voting rolls of non-citizens. Civil Rights groups say it violates the Voting Rights Act, which prohibits removing voters from the rolls 90 days before an election. Florida holds an election in August.