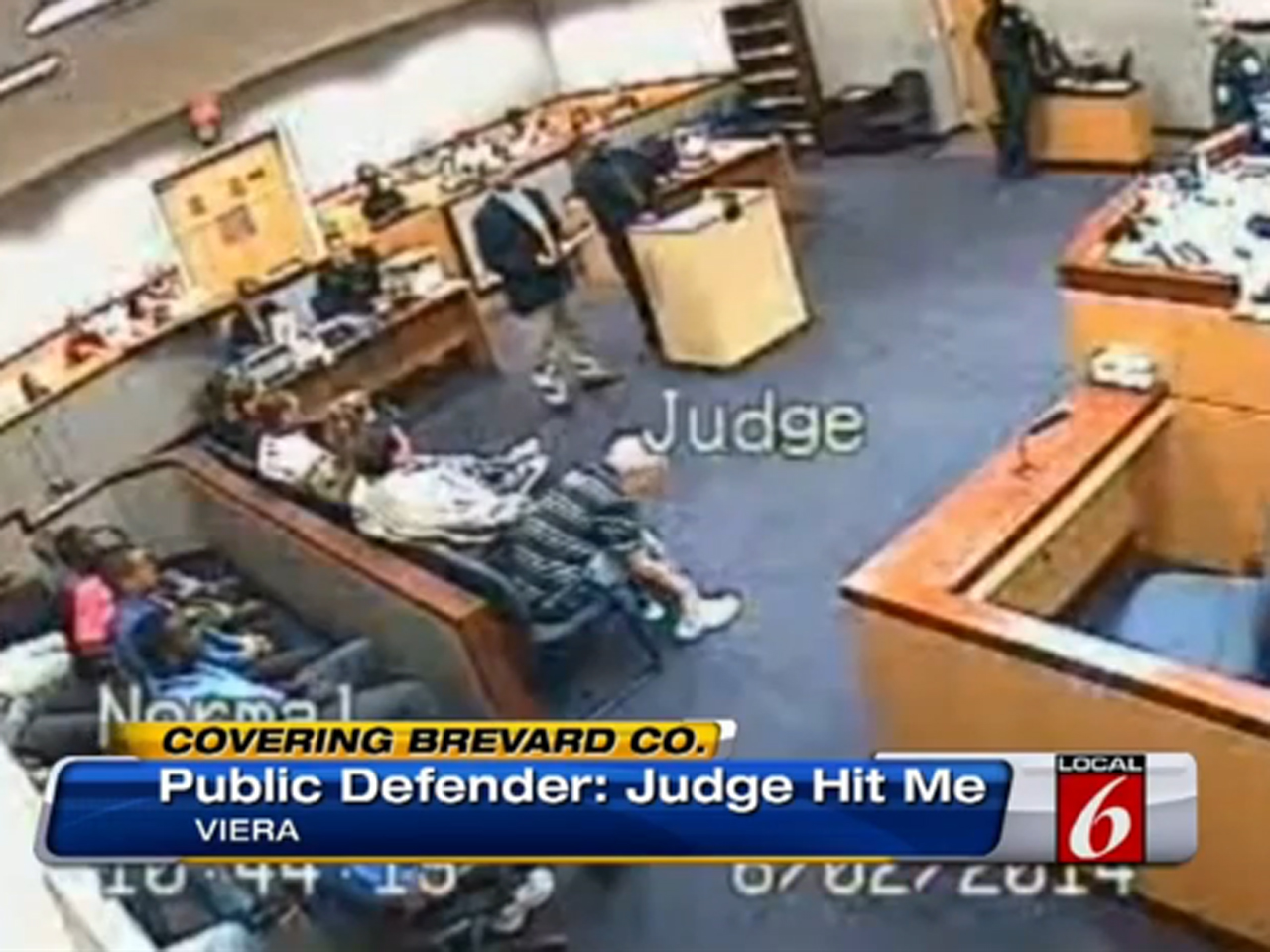 During a court session Monday in Viera, Fla., Murphy asked Weinstock to waive his client's right to a speedy trial, but Weinstock refused, the public defender's office said.

The confrontation leading up to the fight was captured on video.

"If I had a rock, I would throw it at you right now," Murphy said. "Stop pissing me off. Just sit down. I'll take care of it. I don't need your help. Sit down."

"I'm the public defender, I have the right to be here and I have a right to stand and represent my clients," Weinstock replied.

"Sit down," Murphy said. "If you want to fight, let's go out back and I'll just beat your (expletive)."

The two went into a hallway, where Murphy allegedly grabbed Weinstock by the collar and started hitting him, according to the public defender's office.

Although off camera, the two can still be heard yelling at each other, with one of them saying, "You want to (expletive) with me?"

A woman who was in the courtroom waiting to testify in one of the cases on the docket told WKMG she felt things got heated because Weinstock was "extremely rude" and disrespectful.

The video also shows the judge being applauded as he returned to the courtroom - alone.

Another public defender says it appeared Weinstock had been hit in the head.

Both participants refused to press charges and no arrests were made.

WKMG legal analyst Luis Calderon said both men could face disciplinary action for what happened in court, simply because of the attention the case is getting.

Calderon said the worst cast scenarios for both men could result in them losing their jobs and possibly being disbarred.

Public Defender Blaise Trettis told CBS Radio Correspondent Peter King on Tuesday that the assistant who was hit does not want to press charges.

Trettis said that it is his understanding that neither the judge nor the attorney wished to make a statement to deputies. The Brevard Sheriff's Department only says its investigation is "ongoing."

Trettis said that Judge Murphy has a "great reputation" and the incident is out of character for him.

Chief Judge John M. Harris issued a statement Tuesday afternoon saying that Murphy has agreed to take a leave of absence and will seek anger management counseling and treatment. Murphy's caseload was being reassigned to other judges.

"This isolated event in no way reflects the typical manner that courtrooms in Brevard and Seminole counties are managed by the hardworking and conscientious judges in this circuit," Harris said. "People come to court seeking justice and a peaceful resolution to their conflicts and they have the right to expect a much higher standard of behavior from our judges than was exhibited in court yesterday."