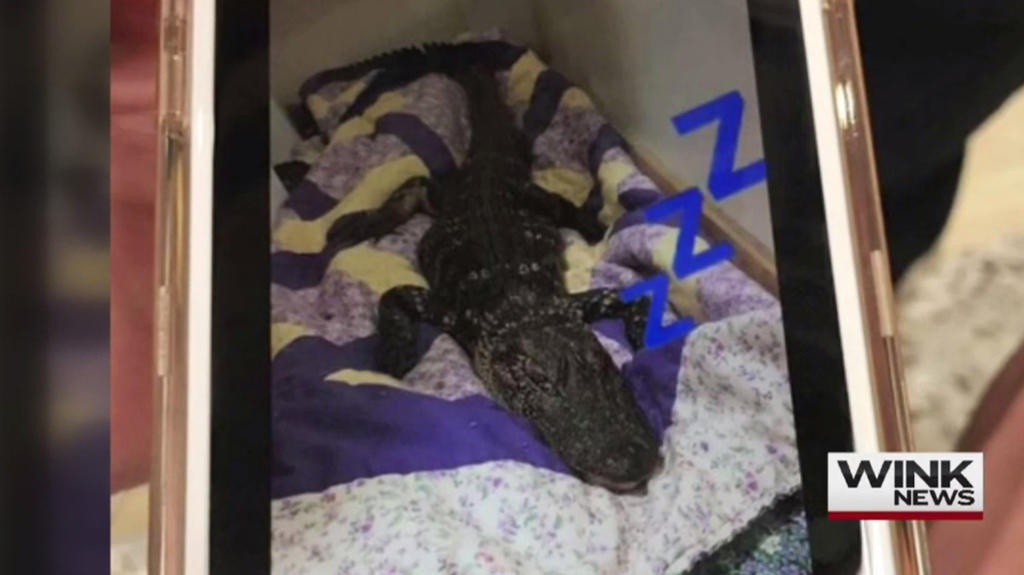 Wildlife officials say they’ve issued warnings to three Florida Gulf Coast University students who took a dead alligator to a dorm room and posted pictures of it on social media.

The News-Press reports that the Florida Fish and Wildlife Conservation Commission sent an official to the college after receiving a call from university police about the alligator.

School spokesman Brian Norris said the students found the reptile dead on the side of the road and brought it to the dorm as a prank. Wildlife officers took possession of the carcass and confirmed it had been road kill.

Many students expressed disbelief over the prank.

“I was scrolling through Twitter the other day and I saw this girl’s tweet that someone kidnapped the SoVi (South Village) gator and I was like, ‘What the heck?’” sophomore Kandace Tice told CBS affiliate WINK. “So I clicked on the picture and I was like, ‘Oh my gosh, it looks like it’s in someone’s bed.’”

“I’ve heard a lot of crazy things go on at this school,” freshman Enzo Pomares said. “But so far, that’s the craziest I’ve heard.”

Phillip Allman, associate professor of vertebrate zoology at the college, said in a recent article published by the Eagle News that the gator population on campus is diminishing. As students continue to feed the gators, he wrote, the reptiles lose their fear of humans and are euthanized before they become a threat.