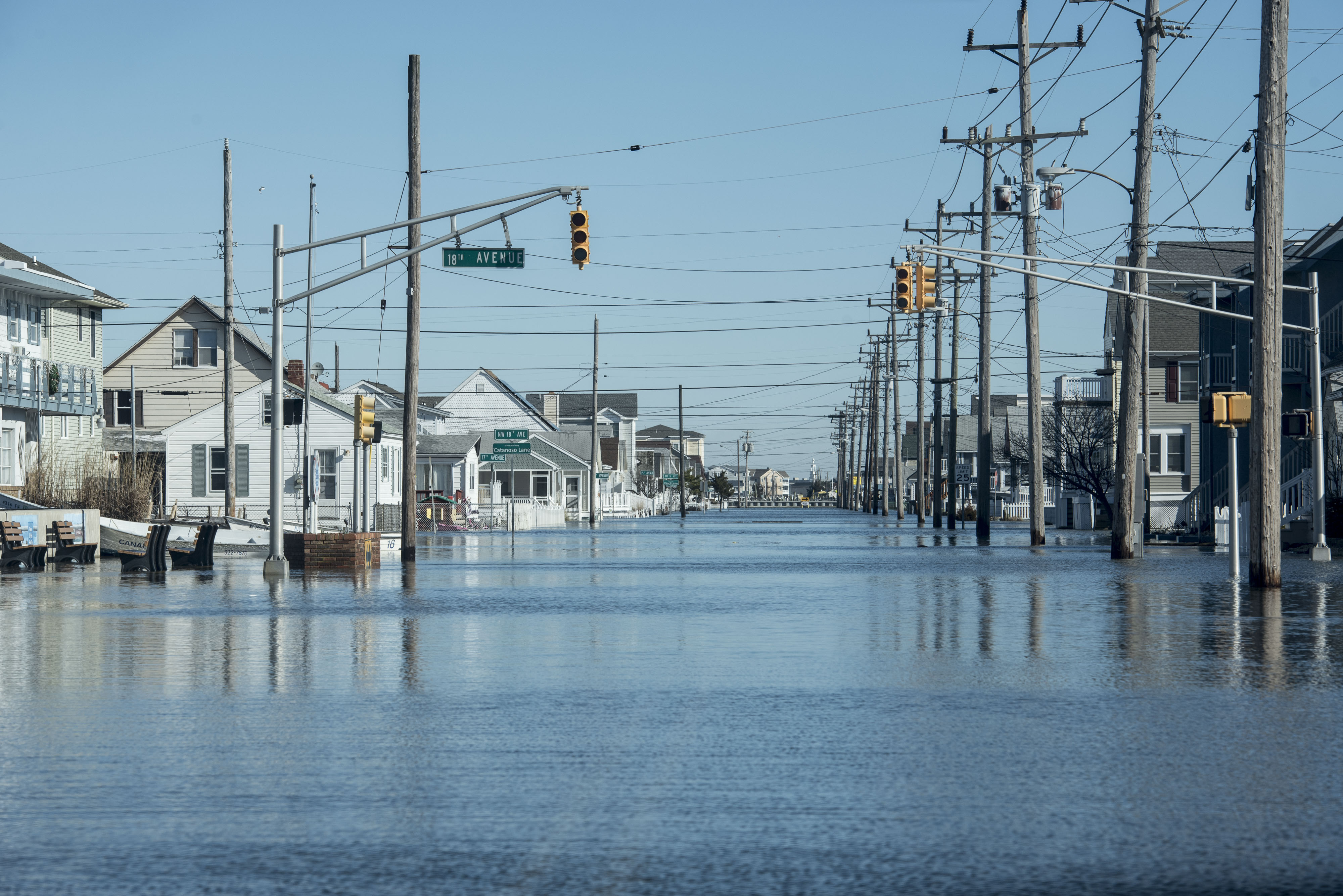 WILDWOOD, N.J. -- It may be the biggest destruction of the blizzard -- the Jersey shore was inundated by the storm at high tide.

Two feet of water flooded hundreds of homes and businesses. Wild Wildwood Avenue was under water as the storm hit.

In nearby Cape May, there were record tides more than a half a foot higher than when Superstorm Sandy hit in 2012.

Sue Maxwell of Wildwood says she ran to a neighbor's house when the storm hit. She lost everything.

"First I heard a gurgling noise. And I saw the water seep up and then it just came up from both sides," she explained.

All along the shore, the powerful storm surge slammed many coastal communities. Drivers were left stranded as chunks of ice floated down the streets. Close to 100 people were evacuated.

Army Humvees were at times the only vehicles that could roll through.

"High tide this morning was survived very well by the people in Cape May County only minor to moderate flooding, mostly street flooding. We do not see any significant property damage happening in Cape May county," he said.

It turns out Governor Christie spoke too soon. On Monday, Lt. Governor Kim Guadagno had to clarify for her boss.

"There are going to be days that you have some really ugly tides. That doesn't make it any easier on anybody. I lived through Sandy. I lost half my house from Sandy," she said. "I know how hard it is for people down here."

Several emergency management officials said it's too early to know the full extent of the damage. That's because they say about half of the properties along the shore are vacant until the spring.