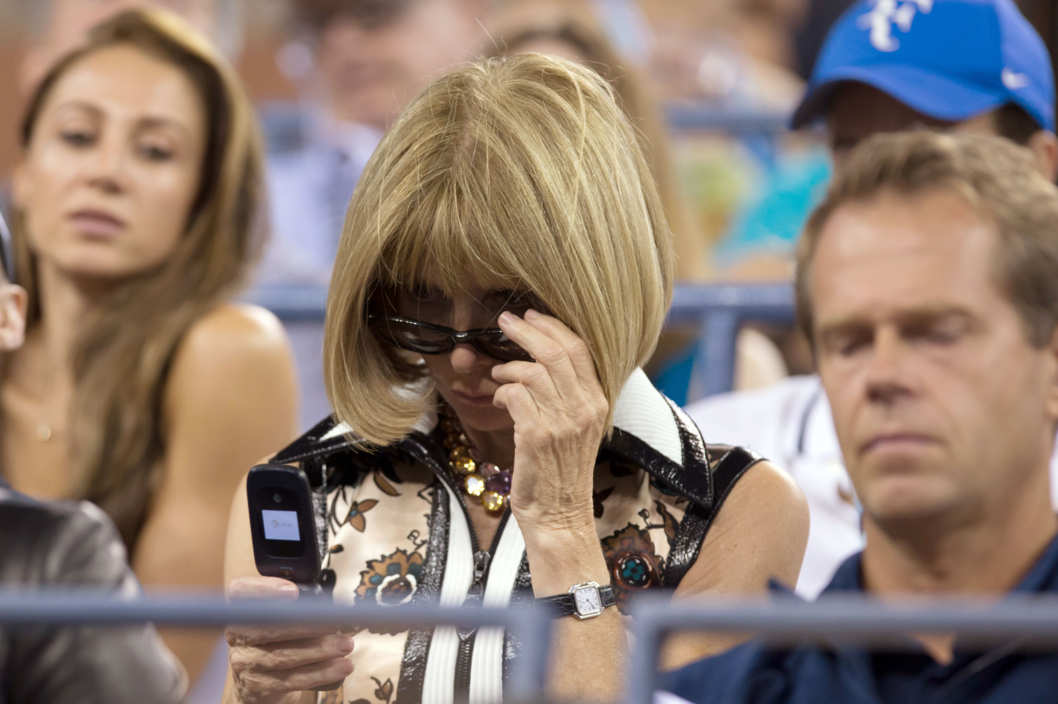 It's a constant high-tech race to keep up with the latest smartphone technology. But a nostalgic wave seems to be sweeping over a high-profile segment of the cell phone market, reports CBS News correspondent Michelle Miller.

Vogue's editor in chief Anna Wintour was seen at the U.S. Open three months ago with a flip-phone model from the early 2000s.

Actress Kate Beckinsale and singer Rihanna were also photographed using the hip accessory. On draft day, Colts quarterback Andrew Luck answered the call from the Colts on his flip phone.

And New York Senator Chuck Schumer likes his flip phone so much he's stockpiling the device.

"Since I like these so much I bought a whole bunch cause I figure they'll stop making them sooner or later," Schumer said. "They may have already stopped making them."

But what's behind this low-tech, high-profile renaissance?

"People are going back to the flip phone because it works, it is functional, you just flip it open. Also, you don't have to get internet on it," New York Times columnist Michael Musto said. "You can actually go out and enjoy whatever you're experiencing instead of taking pictures for Instagram and looking at it later."

Even at CBS News, some of our correspondents are up on the trend.

"It's lightweight it's small, it easily fits in a pocket, it's indestructible, it survives hurricanes and tornadoes and it doesn't have e-mail so on a day off you can take just that and be free," Chip Reid said.

Celebrities, meanwhile, gravitate toward the privacy that a flip phone provides.

"In an age where celebrities are being targeted by hackers, it's not a big surprise to see them carrying around flip phones because if you're not using the apps that get hacked, then your photos aren't going to be leaked online," CNET editor Bridget Carey said.

But on the other side are the opponents of the outdated tech.

"Well it is considered obsolete, it is even more obsolete than a Blackberry, it is something from a previous era," Musto said. "It keeps you in the previous century but you know what, it's functional, it works, it's unpretentious. It's so wrong that it's right."