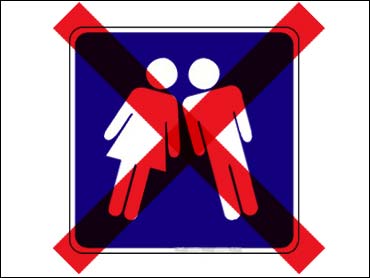 A California couple faces federal charges after allegedly refusing to stop "overt sexual activity" on a flight to Raleigh, N.C.

Carl Warren Persing, of Lakewood, Calif., and Dawn Elizabeth Sewell, of Huntington Beach, Calif., were indicted on charges of interfering with flight crew members during their Sept. 15 Southwest Airlines flight from Los Angeles.

According to court documents, flight attendants saw Persing and Sewell kissing, embracing and "acting in a manner that made other passengers uncomfortable" while the plane was stopped in Phoenix.

A flight attendant asked them to stop. They obeyed initially but resumed the behavior during the flight from Phoenix to Raleigh, authorities said.

Persing and Sewell continued the verbal harassment after a flight attendant refused to serve Persing alcohol, according to court documents.

Law enforcement officials were waiting for the couple when they arrived at Raleigh-Durham International Airport. Messages left by The Associated Press for Persing and Sewell's attorneys were not returned.

More than 2.5 million without power in Florida from Hurricane Ian
Thanks for reading CBS NEWS.
Create your free account or log in
for more features.
View CBS News In
CBS News App Open
Chrome Safari Continue
Be the first to know
Get browser notifications for breaking news, live events, and exclusive reporting.