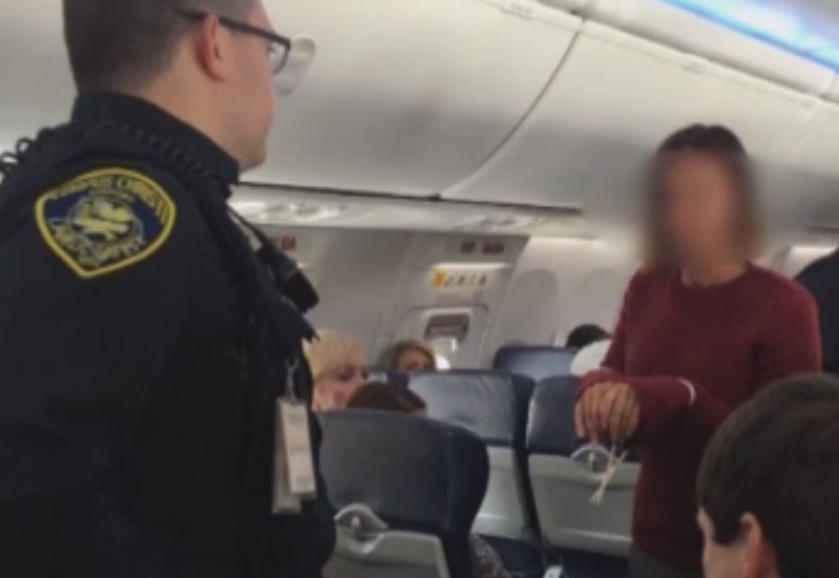 A flight to Houston from Los Angeles was diverted to Corpus Christi, Texas Sunday after a woman reportedly tried to open an emergency exit door and jump out of the plane, reports CBS Houston affiliate KHOU-TV.

But, the airline said in a statement, the captain chose to divert to Corpus Christi after crew members reported "a potential threat in the cabin."

One of the passengers told KHOU a fellow passenger was acting strange before she even boarded the plane at LAX Sunday morning.

"I knew something wasn't right," said the passenger. "She wrote 'Help me' and her name on (beverage napkins). It was weird, something like you see on TV. You never expect to think you'd be on that same flight."

According to the passenger, once on the plane, the woman wouldn't stay seated and was pacing up and down the aisle.

The passenger said toward the end of the flight, the woman tried to open one of the emergency exit doors near the back of the plane.

Cleveland Independent School District police officer Pamela Michew was on board, traveling with her children from Sacramento.

Michew subdued the woman until the plane landed safely. Michew joined the department only three weeks ago.

Once the plane was on the ground in Corpus Christi, the woman was taken into custody. Her name hasn't been released.

KHOU was told passengers on the flight eventually made it to Houston, six hours after they were scheduled to arrive.