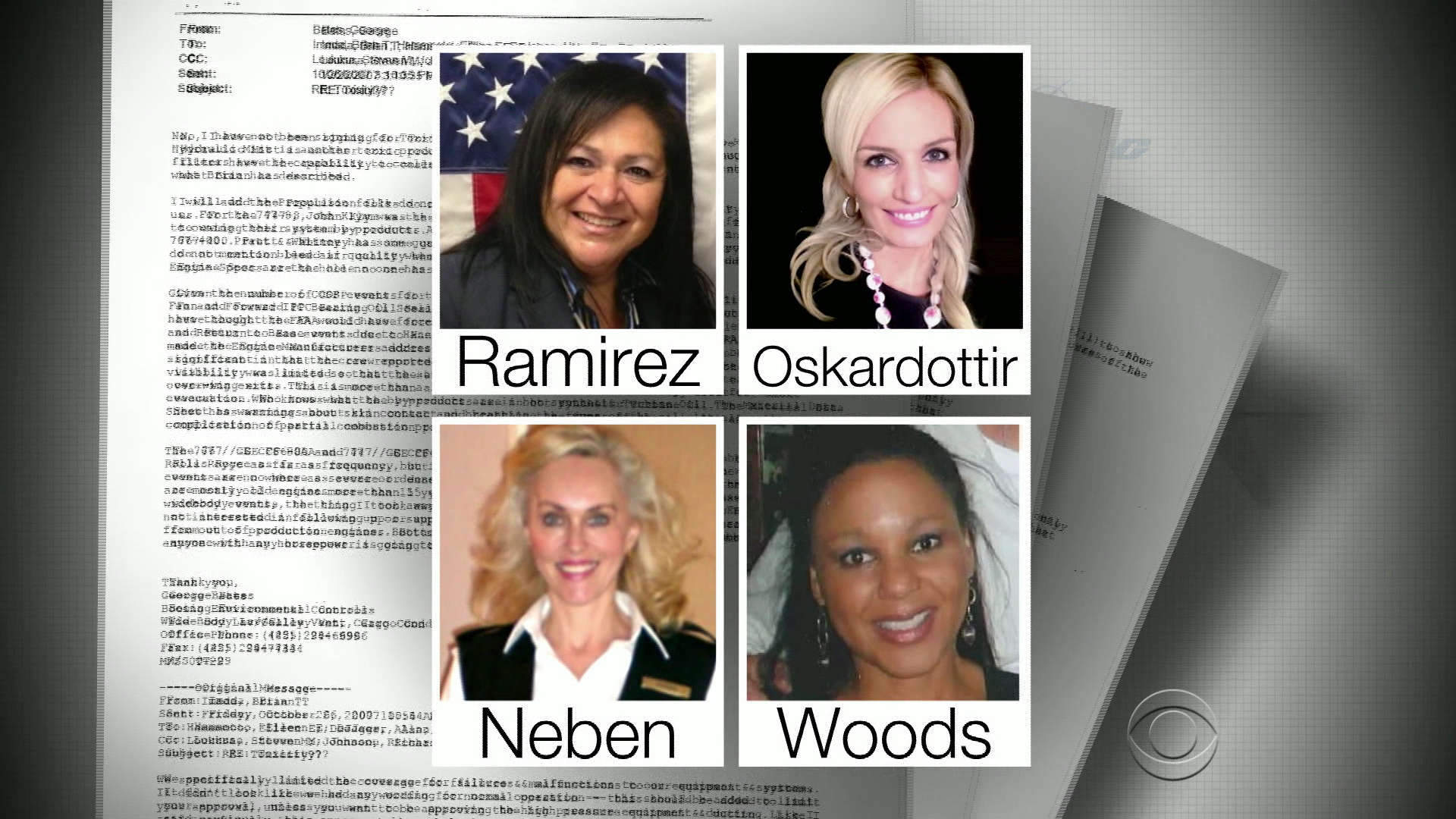 WASHINGTON -- Four flight attendants are suing Boeing, the maker of the 737 they were flying in, alleging the company has known for decades there's a risk of toxic fumes invading the passenger cabin. It's something their lawsuit calls the "dirty little secret" of the airline business.

Vanessa Woods says she and two other flight attendants passed out after a chemical odor filled the cabin on Alaska Airlines Flight 769.

Currently nearly all commercial jets bleed fresh air in from the engines. It's then fed through an air conditioner and into the cabin, but if an engine seal fails, oil and other potentially toxic particles can be released.

Boeing would not comment on the lawsuit but in a statement said: "Based on solid research ... cabin air is safe to breathe ... contaminant levels are generally low and ... health and safety standards are met."

But lawyers for the four flight attendants released a 2007 email from a Boeing employee that said, "I think we are looking for a tombstone before anyone with any horsepower is going to take interest."

The FAA says cabin air is safe, but it is concerned that certain mechanical failures could lead to contaminants in cabin air. Boeing's newest airplane -- the 787 -- does not bleed air from the engines.