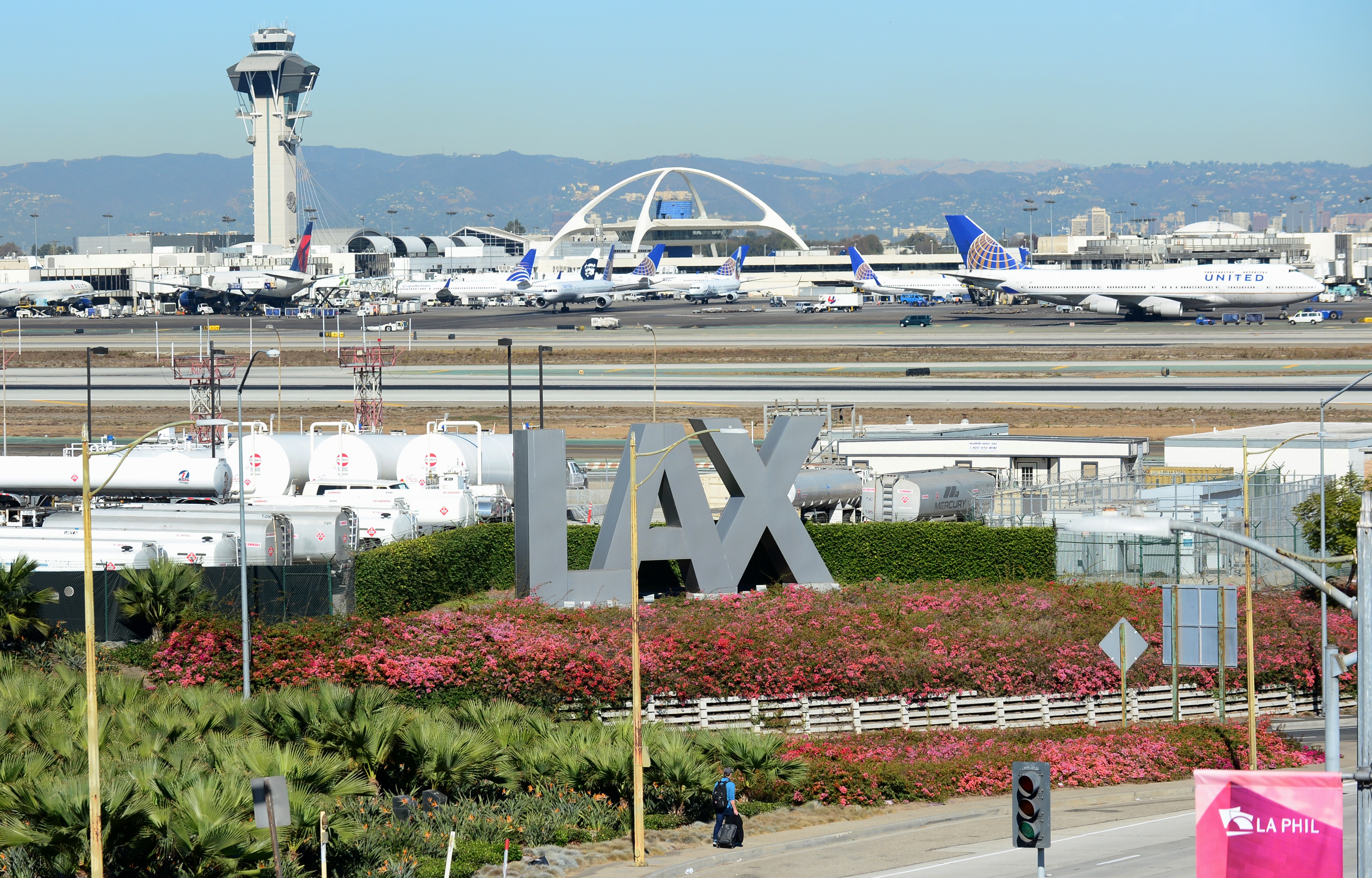 LOS ANGELES -- A JetBlue flight attendant who authorities said left behind nearly 70 pounds of cocaine after flinging off her Gucci heels and running from security at Los Angeles International Airport has been arrested in New York.

Reynolds was expected to be in federal court in Brooklyn on Thursday, charged with cocaine possession with intent to distribute, according to U.S. Attorney's spokesman Thom Mrozek.

On Friday, Reynolds arrived at an LAX checkpoint in Terminal 4 wearing jeans, heels and a black suit jacket, carrying her "known crew member badge," according to an FBI affidavit. It wasn't immediately clear whether she was on duty at the time.

When Reynolds was chosen for a random security screening, TSA Officer Jamie Samuel said the flight attendant became nervous and began looking around before pulling out her cellphone and making a call, according to the affidavit.

"At this time, Reynolds dropped her carry-on luggage, removed her shoes and began to run away," according to the affidavit. James saw Reynolds run down an upward-moving escalator and out of the terminal, the affidavit says, adding that the officer didn't pursue her because her abandoned luggage was his main concern.

LAX police soon after found 11 packages of cocaine wrapped in green cellophane and labeled, "BIG Ranch" inside one of the bags Reynolds had left behind, the affidavit says. The cocaine weighed just over 68 pounds.

Wholesale, the drugs would be worth about $750,000 in Los Angeles, said Special Agent Timothy Massino, a spokesman for the U.S. Drug Enforcement Administration. On the streets of Los Angeles, Massino said the retail value of the cocaine could be as high as $3 million.

It was unclear if Reynolds had an attorney.

"Our nation's security depends on every individual with security clearances to honor the trust placed in them," said United States Attorney Eileen M. Decker in a statement. "The defendant's conduct violated that trust and, in the process, exposed the public to a major narcotics transaction and the dangers inherent to such a transaction."

Marshall McClain, president of the union representing LAX airport police officers, expressed concern Monday that officers were alerted about the unattended bag but not a suspicious person running through the airport. He said the case also shows why all flight attendants and other airport employees need to be screened.

"With her bringing this amount of narcotics in the airport, chances are this wasn't her first time through," said McClain, head of the Los Angeles Airport Peace Officers Association. "We're hoping this is a wake-up call to airport management as well as federal legislators."

Security threats from "insiders" -- airline and airport employees, as well as workers hired by contractors -- have been a focus of the TSA, particularly after the December 2014 arrest of several Delta Air Lines baggage handlers. Prosecutors allege they smuggled guns, including an AK-47, from Atlanta to New York.

Federal authorities said last year that they busted a marijuana smuggling ring at Oakland International Airport, with arrests including baggage handlers. A separate arrest in December involved a TSA worker accused of allowing drug runners to pass their bags through X-ray machines without being stopped.

Four former baggage handlers at San Diego's airport were sentenced in September in a drug-smuggling case.

The TSA has said that full screening of all employees would cost too much. Instead, the agency has urged airports to increase random screenings of workers and to keep background checks up to date.

"We will pay particular attention to the insider threat," TSA Administrator Peter Neffenger told a Senate committee earlier this month.