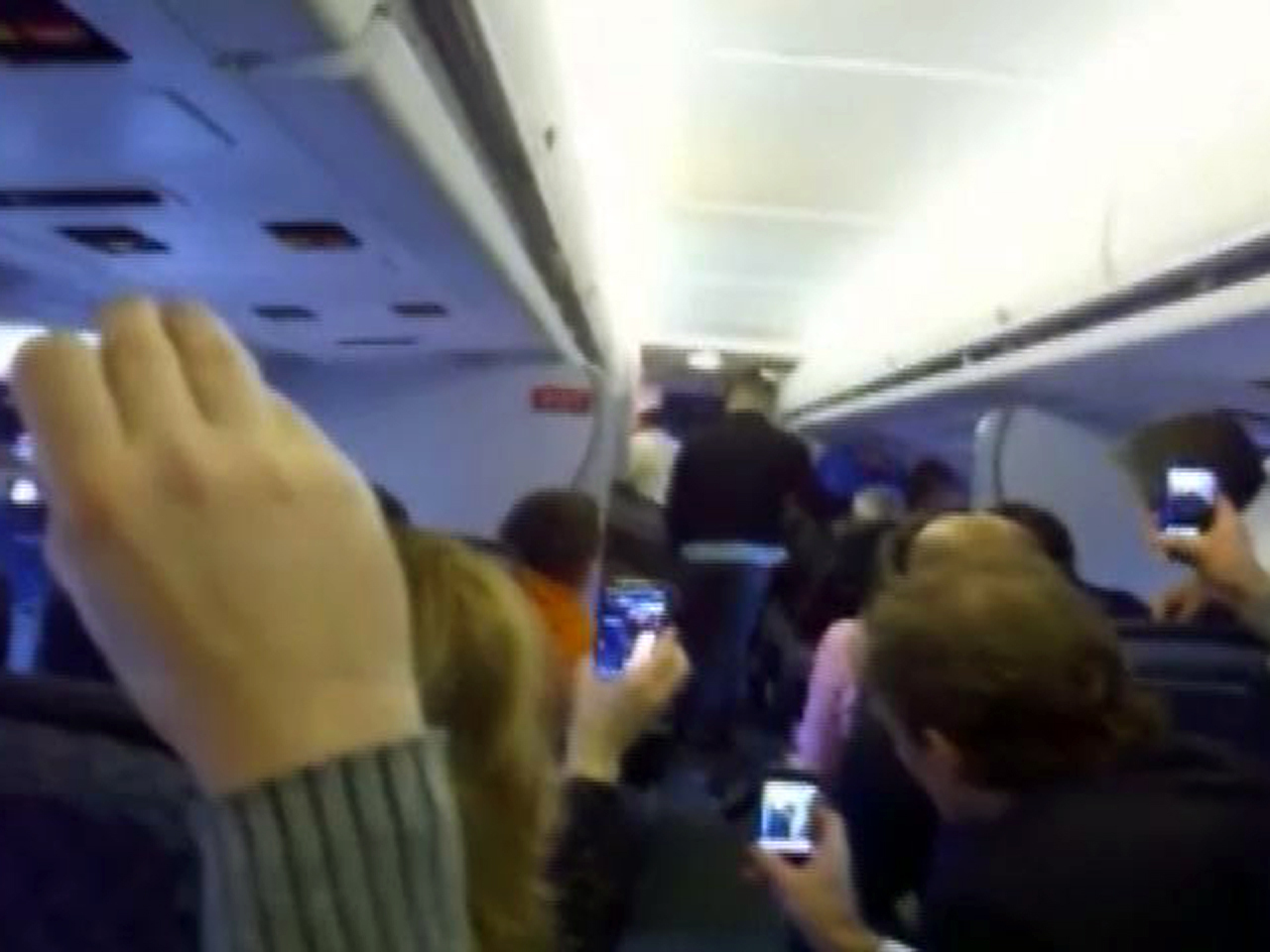 (CBS News) DALLAS - An American Airlines jet about to take off was halted after a flight attendant began "ranting" about 9/11 and claiming that the plane was about to crash.

Chicago-bound Flight 2332 had departed the gate at Dallas/Fort Worth International Airport this morning and was preparing for takeoff when, according to a law enforcement officer, a female flight attendant began talking on the plane's public address system about mechanical problems. Her speech also included "ranting" about 9/11, according to CBS station KTVT in Dallas/Fort Worth, Texas.

"The flight attendant started repeating her sentences over and over again, (and) wanted us to have our seats even though we were in our seats," Stephen Termunde, who was a passenger in the 11th row, told CBS News.

Another flight attendant tried to calm others on board, as the woman continued to talk about the airline's bankruptcy. Many passengers said that she began to become incoherent.

"It was almost like she was talking and didn't realize the PA was on. We thought well maybe she's just talking to someone in the back, but no one was responding. Then we she said 'crash' twice. We knew something was wrong," Termunde said.

Some passengers helped to restrain the flight attendant. Two other crew members were reportedly injured in the altercation.

"Obviously, she was not herself," he added.

One of the flight attendants was reportedly fighting police as she was put in a police car, reported KTVT.

The airline said both flight attendants were taken to a hospital for treatment, but American did not say for what they were being treated. An airport spokesman told the Associate Press that no state criminal charges are being considered.

"This morning Flight 2332 had left the gate at DFW bound for Chicago, when an incident occurred involving some of the cabin crew. The aircraft returned to the gate, where it was met by Department of Public Safety officers. Two flight attendants were taken to local hospitals for treatment. We continue to investigate the details and circumstances and will have no further comment at this time.We will ensure that the affected flight attendants receive proper care, and we commend our other crew members for their assistance in quickly getting the aircraft back to the gate so that customers could be re-accommodated. Our customers were not in danger at any time.

"The cabin crew was replaced. The flight departed for Chicago at 9:46 a.m., and is scheduled to land around noon. We apologize for any inconvenience to our customers and we appreciate their patience and understanding," American said.

"Passenger accounts have been reported in the media but details remain sketchy. The incident is being investigated by the proper authorities with the full cooperation of APFA. APFA representatives have been in contact with the crew, the company, and the authorities and are providing assistance as needed. No one was seriously injured and the flight to ORD did eventually take off with a different flight attendant crew," AFPA said.