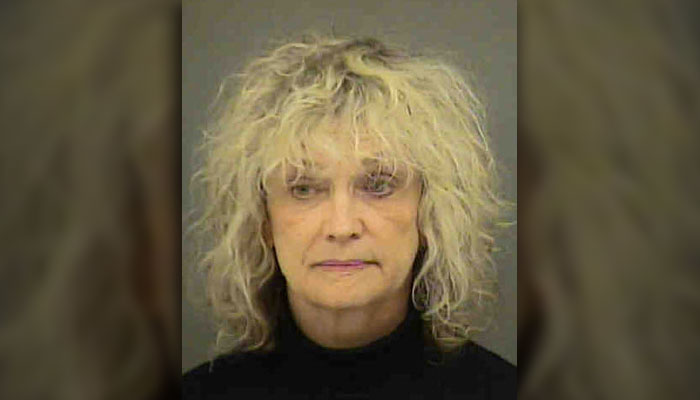 CHARLOTTE, N.C. -- An American Airlines flight attendant accused of attacking fellow crew members and two U.S. air marshals during a trans-Atlantic flight made her first court appearance Tuesday, where attorneys argued over whether she should be held in custody or released to her family.

Joanne Snow wore a black shirt, black slacks and shackles as she entered a federal courtroom in uptown Charlotte. She was flanked on her right by federal defender Elizabeth Blackwood.

Snow appeared agitated, often speaking above a whisper to Blackwood to try to understand questions from U.S. Magistrate Judge David S. Cayer in the small courtroom. She occasionally spoke over Cayer as he explained the charges against her.

Asked if she had retained an attorney, Snow responded, "Do you really want to know?"

Snow said she had hired an attorney whom she identified as a lead prosecutor in New Hampshire, also telling the judge he was a Republican.

U.S. Assistant Attorney Michael Savage argued that Snow exhibited a danger to the community, adding that in addition to her alleged attacks on the plane, she disarmed a door as the aircraft was taxiing.

"Given her current state, she's a danger to herself and to others," Savage said.

Blackwood asked that Snow be released to see her two sons in New Hampshire.

"I want to go home to see my sons more than you know," Snow told the judge.

No one responded to a message left Tuesday at one of two telephone numbers listed for Snow. No one answered a second number, and it was not possible to leave a voice message.

Cayer scheduled a hearing for Friday on whether Snow should be held in custody or released.

Snow is charged with interference with flight crews and attendants, and with assaulting, resisting or impeding an officer or employee of the United States. The interference charge carries a sentence of up to 20 years with a conviction, while the assault charge has a maximum eight-year sentence.

U.S. Air Marshal Joseph Fialka said in an affidavit that while American Airlines Flight 704 was en route to Frankfurt, Germany, from Charlotte, on Nov. 23, one flight attendant told him that Snow slapped her in the face while they were in the aircraft's middle galley.

"Prior to the flight taking off, I was verbally notified by several flight attendants that flight attendant Joanne Snow was acting irrationally and in a manner that caused concern for the safety and security of the flight," the marshal wrote in the affidavit, according to CBS affiliate WBTV.

WBTV reported that the federal complaint says crew members told the marshal they requested that Snow not work on the flight with them due to "her erratic behavior," but American Airlines did not remove her.

"Before we even departed Charlotte, Snow made several unsolicited comments to me that she was 'crazy' and a 'train wreck'," the marshal wrote.

He noted that he had worked with her several times and said her behavior on the flight was "exceptionally unusual."

Fialka said Snow later shoved him several times on his shoulder and arm as he was seated, then went to the back of the plane and grabbed the collar of another air marshal. After those incidents, Fialka said he was talking with another air marshal when Snow became upset and hit him in the chest with an open palm.

Fialka said Snow and the same crew were assigned to the return flight from Frankfurt to Charlotte on Nov. 25. When the plane arrived in Charlotte, Fialka said Snow tried to get past a passport control officer. She was eventually handcuffed and taken to an interview room, but Fialka said she kicked him five or six times before they got there.

American Airlines didn't immediately respond to a request seeking Snow's employment record, including how many years she had been employed with the company or worked as a flight attendant.

The company would only say that it is investigating what happened and that it wants to "try to prevent issues in the future."

There were a handful of reporters in the courtroom, and one spectator, a woman who declined to say whether she was related to Snow.