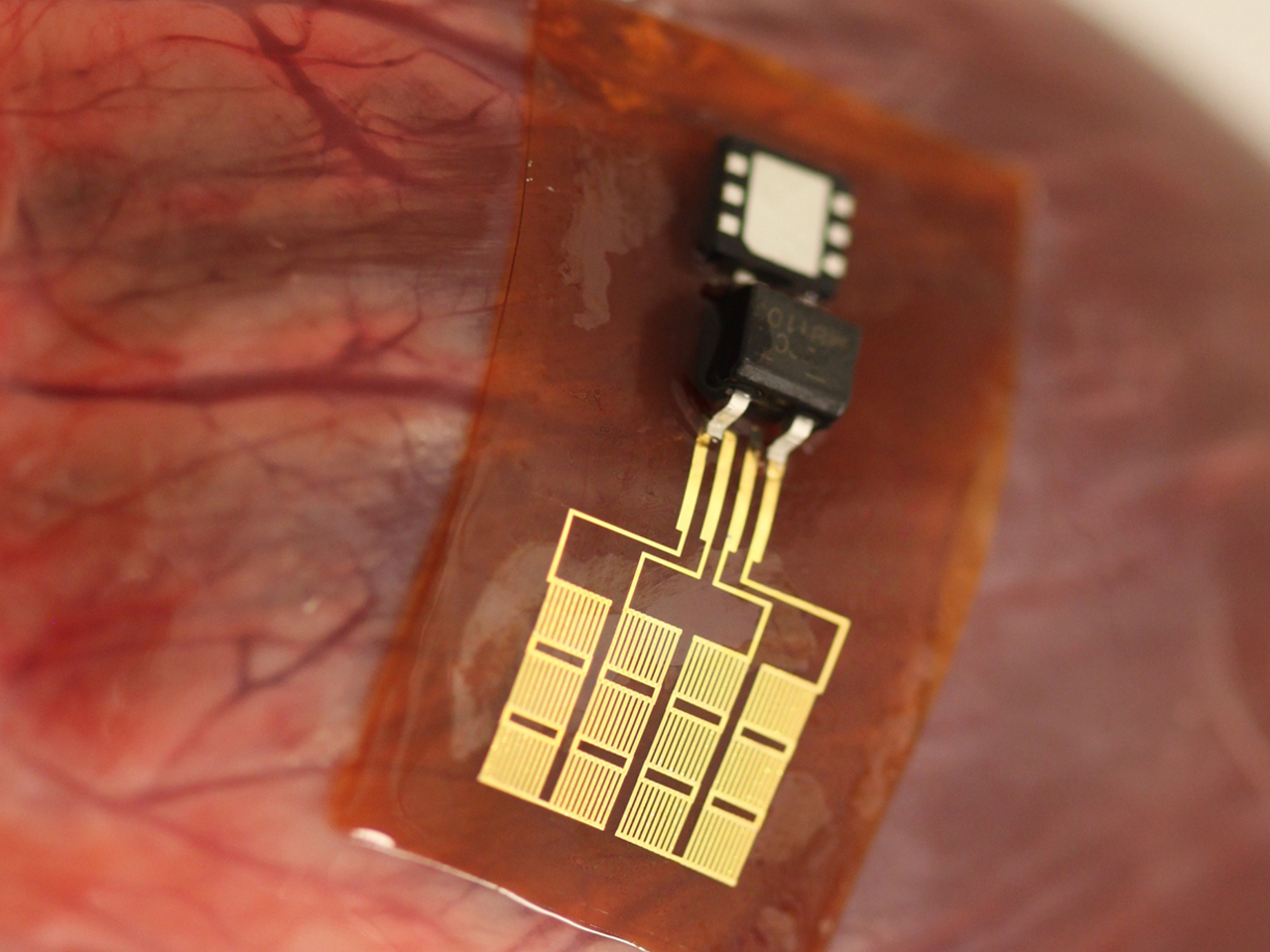 Imagine if one day, a person’s heart and other organs could be used to power medical devices in their body that they need to survive.

That day may be closer than you think. Researchers have developed a thin, flexible device that generates electricity when moved. Then, they implanted the item directly on animal hearts, lungs and diaphragms to see if the natural processes of the body could create power.

"If you look at the trends these days, you're seeing more and more electronic implantable devices," author John Rogers, director of the Frederick Seitz Materials Research Laboratory, said to New Scientist. "I think there's going to be a growing demand for in-body power."

The researchers relied on the concept of the piezoelectric effect, which is when electricity is created in certain kinds of solid materials when something puts continuous force on it. In this case, they created nanoribbons made from a piezoelectric-able material called lead zirconate titanate. These nanoribbons were placed on a flexible silicone surface that could be put on an organ and move as it moved.

The researchers found that the best place to put these devices without interfering with the body’s natural processes and movements was on one of the heart’s ventricles. At its best, the device created 0.2 microwatts per square centimeter, which was enough to power an average pacemaker.

While this isn’t the first study to look at this kind of technology, it was the first time it was tested in animals that had organs that were comparable in size to humans. This device can also be stacked on top of each other to create more electrical power if necessary. Rogers said it was a good start but further research needs to be done.

"I think the concept of creating electrical power from motions in internal organs is really interesting,"Rogers said.  "The key thing is, if you're going to do this, you need to be able to achieve efficiency and ultimately power output that is of practical use."

Their research as published Jan. 20 in Proceedings of the National Academy of Sciences.

Michael McAlpine, a professor of mechanical engineering at Princeton University who was not involved in the research, told The Scientist that the technology is important because it could mean less surgery for people who have battery-powered devices like pacemakers, implantable cardioverter-defibrillators, neural devices and cochlear implants.

“A pacemaker runs off a battery and it’s installed in your body. Every time the battery dies, they actually have to open up your chest to replace the pacemaker completely,” he explained. “If there was some way that you could . . . harvest power from (organ) motion, maybe you could prolong the life of the battery or even replace the battery all together.”

Some experts voiced concern that the device was made out of a lead-based material, and even though it is sealed up, it could leak. However, McAlpine said there are other non-lead based piezoelectric materials that are almost as efficient as lead zirconate titanate, and further research in this area may reveal a better alternative.

“The innovation of this paper is taking what has been done on a small scale and integrating it up to a much more significant scale,” McAlpine.

To see the device in motion, watch the New Scientist video below.