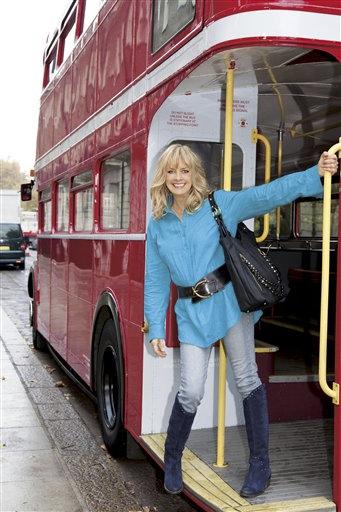 Fans know Flex Alexander for his funny character on the UPN sitcom, "One on One." Now he portrays Michael Jackson in VH1's new movie, "Man in the Mirror: The Michael Jackson Story."

As a huge fan of Michael Jackson, Alexander tells The Early Show co-anchor Hannah Storm, he had a sense of trepidation about how the project might be approached, considering Jackson has been indicted on child molestation charges, and is in the midst of legal proceedings now.

"I wanted to make sure it was approached not in the sense of they're convicting him, because none of us know," Alexander says. "They were going to definitely look at it as an objective view and let the audience walk away and decide."

He notes the film tells Jackson's life from "Thriller" till now, endeavoring to show how the star became who he is.

"Why he's child-like and him not having a childhood; him having Neverland the way it is because these are things he never got to do," Alexander notes.

The baby-dangling scene in Berlin is one of Alexander's favorites.

"It showed he was just so excited, and he was playing, and then he was just caught up in the moment," Alexander says, "Then the realization of, 'Wow, what did I just do?' I thought that was really emotionally one of the deepest scenes."

Alexander had only one month to prepare for this role. He says the most challenging part for him was learning and perfecting Michael Jackson's voice.

He says, "That was the hardest part, to stay in that voice. On Friday, we finish working. On the weekend, I'm me. Monday, I got to come back and capture that again."

What came easier was the dancing, because Alexander is a professional dancer who has danced for Salt N Pepa.

"This is stuff I'd done before," Alexander says. "I just had to get the rust out."

As for achieving Jackson's look, he says the make-up sessions would take three hours.

VH1 is owned by Viacom, parent company of CBS.